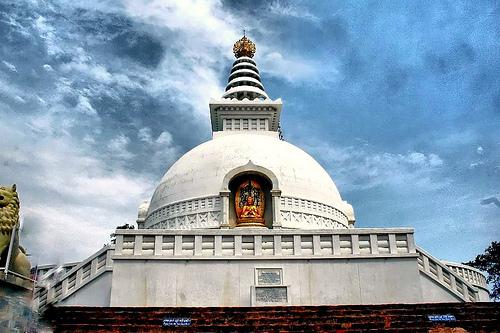 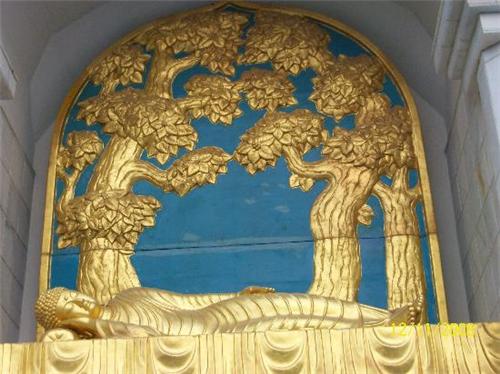 Another purpose for building this Stupa is to organize programs that helps to develop peace throughout the world. The main objective of the Stupa is to promote “Ahimsa” or non violence. This stupa is the 74th Stupa that was built to propagate peace and prosperity.

The Vishwa Shanti Stupa, Delhi was inaugurated on 13th November 2007. Nipponzan Myohoji was discovered by most distinguished Nichidatsu Fujii.
Their main objective was to promote peace throughout the world. This foundation has built almost eighty Stupas across the world. 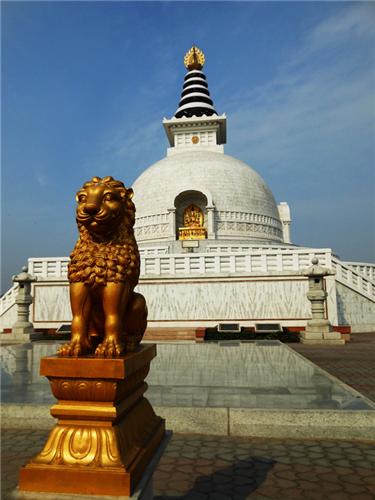 This dome provides with a chamber where all the Buddhism relics take place. The structure of this Stupa inspired Rashtrapati Bhavan’s construction. Three monkeys present in the Stupa depict the message of Gandhiji, Speak no evil, see no evil, and hear no evil.
The entrance of this Stupa resembles the entrance of Sanchi Stupa. The main difference between these two Stupas is that while the Vishwa Shantu Stupa’s entrance is made up of concrete and covered with fiber glass, the entrance of Sanchi Stupa is made up of stone.

This park is also known as Millennium Park which is located in the outer Ring Road of West Delhi. This Park was inaugurated in 2004 by Delhi Development Authority. There is a children’s amusement park inside this Park.
There is also a food court attached to the Millennium Park. At present the main attraction of this Park is the Vishwa Shanti Stupa that lies just in the center of this Park. 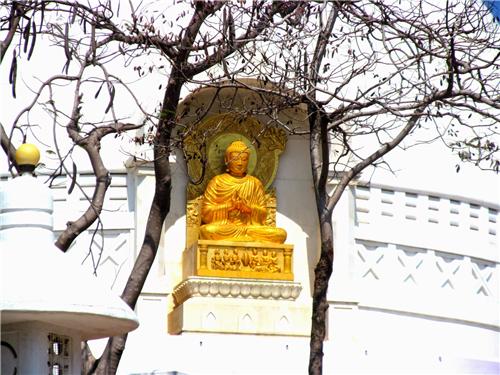 Vishwa Shanti Stupa is one of the most attracting tourist spot nowadays. You must not miss this amazing place to sense the peace of heaven.
Once you visit this peaceful place you will agree that this place is no less than a heaven. You will achieve peace and prosperity once you visit this place.