Sri Uttara Swami Malai Temple premise has temples constructed in the memory of Sri Swaminatha Swami, Sri Sundareswarar, Sri Karpaga Vinayakar and Minakshi Devi.
The temple premise is located at the foothill of a small hill that overlooks Rama Krishna Puram and Vasant Vihar areas located in the south-west Delhi. These temples showcase the architectural marvel of south Indian temples during the rule of Pandiyan, Pallava and Cholas. 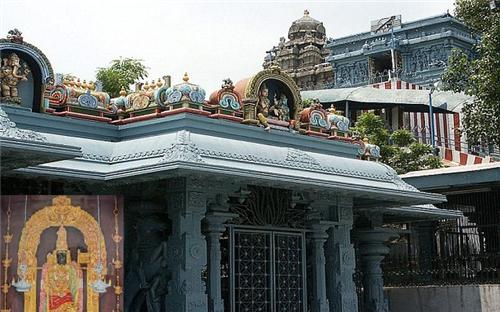 Swami Malai Temple of New Delhi has now become an important land mark located at the edge of N.C.T.  The main deity of Swami Malai Mandir is Lord Swaminatha who is popularly known as Lord Murugan, the most worshipped God of Hindus of Telugu, Tamil and Kannada communities.

The place where one of the most popular and the most visited south Indian Temples of north India got constructed, it was a place fringed by berry trees and there was a small village named Vasant Gaon very close to it.
In the year 1961 on Vijaya Dasmi day, Sree Swaminatha Swami Seva Samaj got established and Sri T.L. Venkatarama Iyer was the president of it.  The hillock where the temple got constructed was obtained in 1963 when Sri O.V. Alagesan (Petroleum & Chemicals Minister of that time) was the president of Sree Swaminatha Seva Samaj.
Regular worshipping started when a tiny “Balalaya” was installed on the hillock. Sri M. Bhakthavatsalam, the then Chief Minister of Tamil Nadu, had laid the foundation stone of this temple on 8th September 1965. 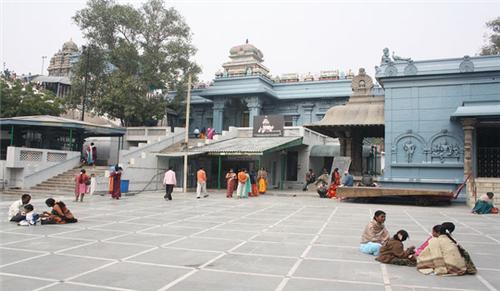 The stone or Shila to construct the main idol of Lord Swaminatha was acquired in 1967 on June 2nd and Shila Sangraham Ceremony was organized at Tirunelveli where Arulnandi Tambiran Swamigal from Tirupanandal and Sankaracharya from Kanchi Kamakoti Peetham gave their blessings.
The stone was taken from the river bed of Tambaravaruni River. In 1968 December, 5 wagons carrying the carved stones for the temple construction arrived in New Delhi from Walajabad and then another 14 wagons carrying the stones came in 1969 in the month of May. 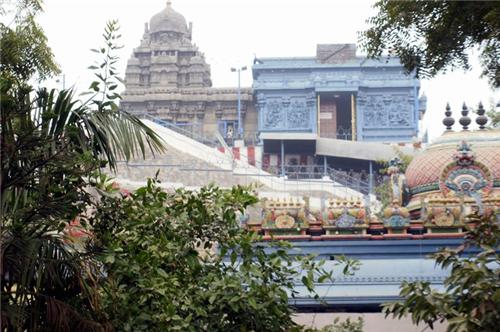 On the same day sanctification of another temple, Idumban Swami temple was done and Kumbhabhishekham Ceremonies for both he temples were done. On November 9th 1995, Adi Sankara Hall got inaugurated.
On June 27th 2001, 3rd Punaruddharana Ceremony and Swarna Rajatha (Golden-Silver) Bandhana and Ashtabandhana Mahakumbhabhishekham Ceremonies of all the temples were organized. The ceremonies got performed by Sri Jayendra Saraswati Swamigal, Peethadhipati of Kanchi Kamakoti.
Since its construction, the temple has been considered as one of the most visited south Indian temples of north India and during festivals or special days; thousands of devotees come here to offer their prayers.

The “garbha griha” or sanctum sanctorum of the temple has the idol of Lord Swaminatha. Like other temples of Lord Murugan, this is also located on the top of a hill. Outside the main temple some words are written in Tamil Language.
These words are – Yaamirukka Bayamain, which means “when Lord is here there is no need to fear”. The temple depicts the architecture of Chola Era and is made of granite stone. The other temples are constructed in the memory of elder brother (Sri Karpaga Vinayar), mother (Minakshi Devi) and father (Sri Sundareswar) of Lord Swaminatha.
The architectures of these three temples resemble the temple architecutre used during Pandya Dynasty. As Lord Murugan or Lord Karthikeya has peacock as his vahana or mount, there are many peacocks which are kept as pet within the temple premise.

After the foundation stone ceremony of the temple which happened in 1965 on 8th September, about 75 carvers and sculptures started their work at the work center located at Walajabad. They used to carve and dress the granite stones to be used to build the temple. Their work continued for about four years and then these carved stones were sent to Delhi to assemble the temple. 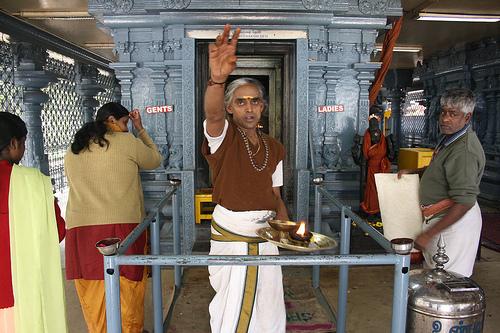 The temple of Swami Malai in New Delhi is not built rather it is an assembled temple. About 900 huge stones are assembled together and they are kept together without using any cement or mortar. The crevices of these stones were filled using the paste of lime, sand, molasses and fruit juice together.