Trip from Delhi to Ladakh

The rugged landscape of Ladakh offers one a spectacular break from the mundane city life. It can transport you to a land of silence in the lap of human nature. This page will give you all the details of trip from Delhi to Ladakh. 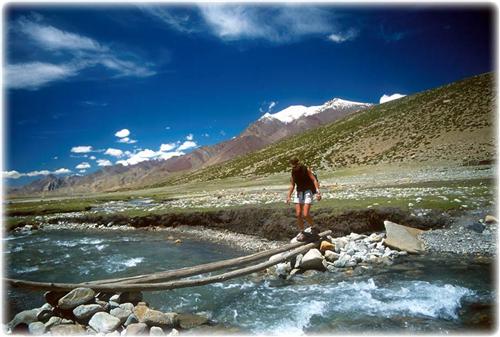 How to reach Ladakh from Delhi

By Rail: You cannot reach Ladakh directly by train as there is no train station in Ladakh. The nearest railway station is Jammu Jammu Tawi.