Terrorist attack poses significant threat to any region. Being at the centre, having multicultural population and centre of main government offices, Delhi always faces the risk of terror attacks.
The national capital has been the victim of the dreaded terrorist activities from time to time. These terrorist attacks have resulted in great loss of lives and property in the National Capital Territory.
In order to curb the menace of terrorism the government has also taken necessary steps by alerting the citizens, tightening security in the crowded places like temples, bazaars, government offices and malls and so on.
The most heinous of the terrorist attacks taking place in the history of the city have been the ones mentioned here. 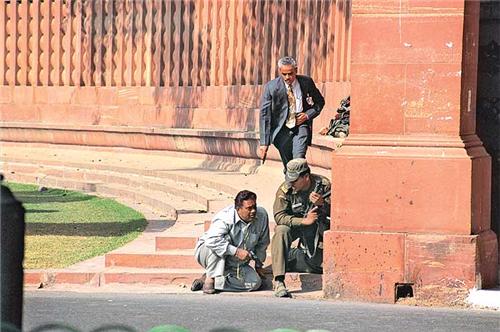 One horrendous attack in the national capital was the December 13, 2001, attack on the Indian Parliament.
The attack took place around 11:40 am. The terrorists entered the Parliament in a car through the VIP gate of the building dressed in commando fatigues.
Massive blasts were set off with the use of explosives and grenades and they also used AK-47 rifles for the attack.
The 45-minute gun battle killed 9 policemen and parliament staff. All the five terrorists involved in the horrifying attack were, however, killed by the security forces.

Another horrendous attack in the national capital was the 2011 High Court bombing. This bomb blast was identified to be one set in the briefcase and took place at morning on September 7, 2011, outside gate No 5 of the Delhi High Court. Nearly 76 people were injured and 12 people were killed in the attack.

The 2005 Delhi bombings occurred on 29th of October in which nearly 60 people were killed and atleast 200 left injured in a couple of explosions.
Just before the festival of Diwali three bomb attacks shook the national capital.

The first blast occurred in the Paharganj market near the New Delhi railway station at 5.38 pm.
The second bomb blast took place near a bus in Govindpuri area at 6.00 PM.

A series of blasts took place on September 13, 2008, at various places in Delhi. Five synchronized bomb blasts within a difference of few minutes rocked Delhi.
Around 30 people were killed and over 100 were injured in the blast. The first blast took place at Gaffar market in which the explosive was kept near a car.
It was followed by two explosions that took place in Connaught Place in which the bombs went off in dustbins in and around Connaught Place.

Terrorist led an attack on the Red Fort on December 22, 2000. Two soldiers and one civilian were killed in the incident.

On September 27, 2008, a bomb blast took place in Mehrauli flower market. Three people were killed and twenty-three were injured. The bomb blast occurred exactly two weeks after the five serial blasts in Delhi on 13 September 2008.

On February 13, 2012, terrorists led an attack on Israeli diplomats in New Delhi. A bomb exploded on an Israeli diplomatic car in Delhi injuring an embassy staff member, a local employee and two passersby.

Explore more about History of Delhi