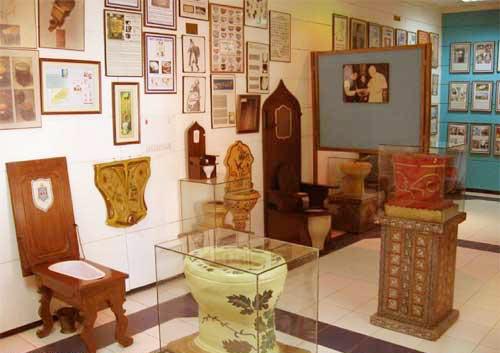 Dr. Bindeshwar Pathak, the founder of this unique toilet museum considers lack of excremental hygiene as important as any other social challenge facing the country today.
The museum sheds light on the history of sanitation and toilets, ranging from the Harappan civilization to the present day.

Ever since families have had a house of their own or a place to live in , there was always a need to build a personal section to defaecate.
Initially, it started with Chamber pots,  Chamber pots which were cleaned up manually by one's servant. Later on, toilets were developed where the waste was thrown into the water bodies or from the roof tops of castle or forts.

One of the finest forms of sanitary engineering dates back to 2500 B.C., where the people belonging to Harappan civilization had proper water borne toilets. In countries like Egypt, Rome, Sri Lanka, Thailand, historical evidences suggest early use of sitting type toilets.
The Dark period of human hygiene can traced back to 500-1500 AD where especially rich, were observed to be throwing wastes in an open ground or a river.

18th century time period witnessed huge developments in the sanitation habits of people as well as in the toilet technologies. There was use of water closet instead of earth closet, valve type flush toilets, cantilever type toilets.
Emphasis was also laid on making pots, cisterns more decorative, fragrant and clean. Interestingly, the code for defecating is described in an ancient "Aryan scripture - Manusmirti Vishnupuran" which dates back to 1500 B.C.


Attractions of the Museum of Toilets

The museum houses an exhaustive collection of some rare pictures, objects about social customs 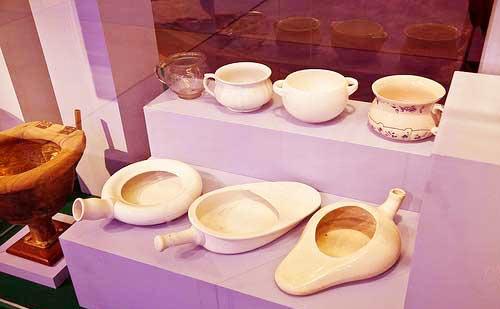