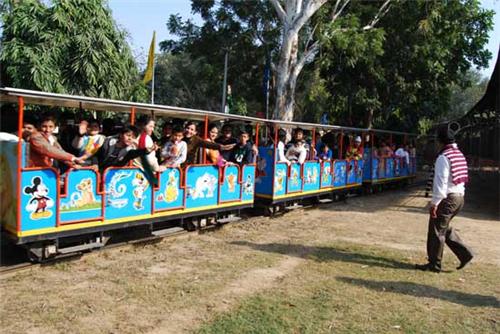 The love for locomotives and their intricate designs is the key reason for the Rail Museum in Delhi to draw such huge crowds even after three decades of its inauguration.

Established in the year 1977, the National Rail Museum, Delhi showcases the evolution of Indian railways from the first rail between Bombay and Thane, till what it is today.

Collections at the National Rail Museum:

The indoor collection at the museum comprises of model trains that are divided into six galleries starting from the ancient model and gradually showcasing the developments of the industry.

Indoor Collection at the Rail Museum

The entire collection at the National rail Museum comprises of 26 vintage locomotives, 17 saloons and carriages used by royals.

How to Reach National Rail Museum Delhi by Road:

Buses provided by DTC bus service ply through the museum. Autos and cabs also ply in large numbers from any part of the city to the museum.