Many people still prefer to call it Purani Dilli, because it keeps that feeling alive. Also known as the walled city, old Delhi has been an indispensable part of shaping the culture of Delhi. Be it the historical monuments, the epic eateries, the traditional shopping, or the overall rustic feel, Delhi – 6 has been and shall always be an inspiration for one and all. Be it, artists or filmmakers, nobody has remained untouched by its charm and understated glamor. 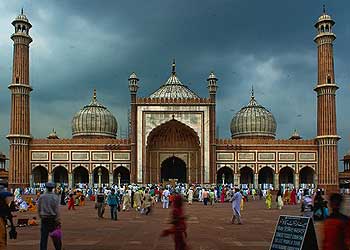 Old Delhi's name was Shahjahanabad, founded by the popular Mughal emperor Shah Jahan in 1639. Being an important center for the Mughals, it remained the capital of the Mughals until the end of the Mughal dynasty. It was Shah Jahan who was the main force behind the walled city getting built from 1638 to 1649 which had the Red Fort and Chandni Chowk.

The first wholesale market of Delhi, the hardware market called the ‘Chawri Bazaar’ was opened in the area for the public in 1840. Daryaganj was the original cantonment of Delhi. The next wholesale market, Khari Baoli, offered a variety of dry fruits, spices, and herbs and was opened in 1850. Next came the ‘phool mandi’ or the flower market in 1869.

It was built southwest of Shahjahanabad and that’s where the difference between Old Delhi and New Delhi crept in. New Delhi became the seat of the government but Old Delhi was still buzzing with activity.  Not many people ventured out of the walled city as they considered it their home. But with time things changed and today Old Delhi and New Delhi are essential parts of the culture of Delhi.

When it was formed the walled city resembled the shape of a quarter circle with Red Fort being at the focal point. The city was surrounded by a wall and the enclosed area was about 6.1 sq. km. The entire length of the wall had a total of 14 gates.

During the Mughal times these gates would remain locked at night. Although today the wall has gone, the gates are still standing tall reciting a tale of history and honour. The very famous Khooni Darwaza, south of the Delhi gate which was originally constructed by Sher Shah Suri was just outside the walled city.

Old Delhi has always been a top priority for every food blogger today. With the various delicacies of vegetarian or non-vegetarian foods, this place is always famous for traditional sweets or chaat.

One cannot escape through the lanes of old Delhi without tasting some of the choicest delicacies. With modernization, it has adopted the new culture and trend but even today the flavors and aroma of the Mughlai cuisine fill the air. Some of the most famous eating outlets include Karim’s located near Jama Masjid and Moti Mahal located in Daryaganj. From fragrant Biryani to kebabs, Nahari to tandoori chicken the area is paradise on earth.

Chandni Chowk is famous for its paranthe Wali Gali and the epic Ghantewala sweet shop. The area also has some of the most talked-about street food like chaat, kulfi, rabdi, etc.  In addition to the delightful taste, it is the hospitality and the overall feel of the area that would grow on you. Tourists, both foreign and national, have been savoring the taste of these dishes for years and years.

Delhi metro has been rendering its service to the city for a decade now. It has become the new lifeline of the city and has done a phenomenal job in connecting the various parts of the city. The metro station that caters to old Delhi is the underground Chandni Chowk station. The other two stations that are also quite near the area are Kashmere gate and Chawri baazar. 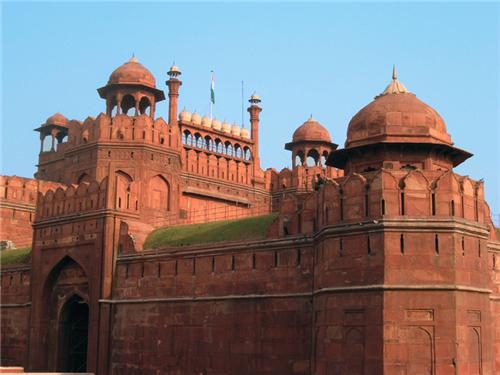 Old Delhi is like a treasure trunk. It never fails to fascinate and allure you. While you are in the area you can visit you can visit some great monuments and get a peek into the history and culture. Red Fort and Jama Masjid are the two most popular monuments of the area.

Old Delhi is more than an area, it is a phenomenon that slowly grows onto you. Although with emerging technology and time it has evolved quite a lot, that rustic feeling is still kicking. Explore the hidden by lanes or the effervescent markets for some great treasures and greater memories.