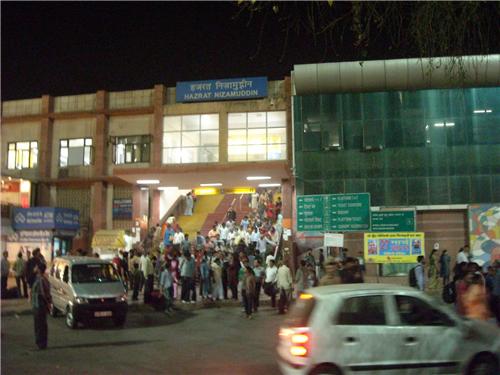 Major trains that run from the Hazrat Nizamuudin Railway Station are:

Another railway station which is becoming famous among travelers is Ghaziabad railway station.This station has formed a link between Delhi and NCR commuters.

Ghaziabad district is a part of  Uttar Pradesh but because of its closeness to Delhi, it is considered as a part of Delhi. It is on the Kanpur-Delhi section of Howrah-Delhi main line and Howrah-Gaya-Delhi line. Ghaziabad railway station serves around 519,000 passengers everyday that’s a large number.

Many students and workers daily commute between Delhi to Ghaziabad and this railway station has filled the gap between two major hubs of country.