Delhi preserves and cares most of India’s culture, ancestry, endowments and artifacts in separate museums it shelters. The museums in Delhi are a peep into India for its visitors and scholars.  Delhi holds the largest number of museums in the country with around 20 museums located in the city, out of a total of 56 museums in India. 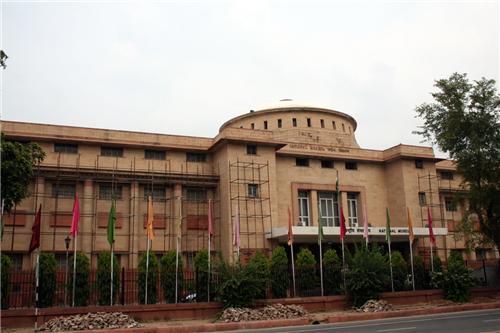 With a vast number of cultures and religions being followed in the nation, there has been a lot to preserve and protect. The prominent among the museums in Delhi is 'The National Museum', which tells the story of thrones of the region. National Museum has over 2,00,000 possessions, telling the story of different eras covering 5000 years of history.
It is the largest museum of India making it the most prominent museum of the country. The individuality of this museum lies in its unrivaled blend of past and present. There is a huge collection of jewelry, paintings, decoratives, manuscripts and antiques etc. There are other museums showcasing peculiar themes like dolls, science, rail, air force, crafts, archaeology, literature etc.

Encyclopedic Museums are huge and national in nature, covering a lot of subjects revealing a lot about the local and global associations of a country.

Art museums focus on the exhibition of art in its galleries. They showcase art objects, visual arts like paintings, illustrations, and sculpture.  At times they also frame ceramics, metalwork, furniture, artist's books and other types of object. Here are the list of famous Art Museums Delhi to explore cultural richness of our country.

Biographical museums cover life of a person or a group of persons. These museums collect correspondence, photographs, voice records, personal effects and memento objects of the persons life.

Military and War Museums of Delhi

These museums discloses military and war histories. They display and move around the conflicts in which the country was involved. Such museums unfold the weapons, other military equipments, uniforms, and wartime propaganda seen during the wars.

Science museums elaborate scientific achievements, science related history, and inventions in the country. They undertake interactive and demonstrative programmes to explain the subjects of science.