The capital city of India has witnessed the Mughal rule, Sultanate period and various other Muslim rulers of yester years who have constructed some memorable designs of art and culture in form of mosques and forts in Delhi. These beautiful and historical mosques are famous for their fine arts and visitors from all over the world visit every year and pay their homage. 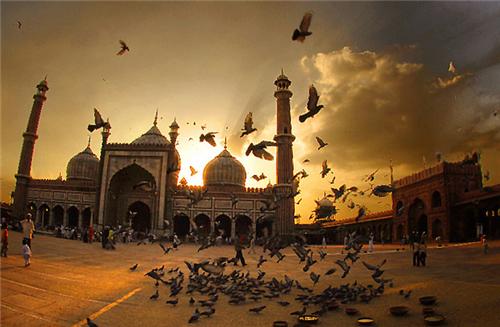 The imperious and beautiful Jama Masjid is one of the Architectural gifts to Delhi by Shah Jahan. It is considered as one of the largest mosques not only in Delhi but all over India.
The mosque stands right opposite to the Red Fort on a hillock in the walled city of Old Delhi and it took 5000 top expert workers in the field of construction to construct this magnificent structure in six years.

The construction of Jama Masjid was completed in 1658. It has two 40 m high minarets, four angle towers and three gateways.  The main entrance gate to Jama Masjid is on the eastern most side, which is opposite to the Red Fort as it was earlier used by the emperors too for praying. The mosque has finely decorated intricate designs and also has verses from the Holy book of Quran.
The square courtyard of the mosque can accommodate 25,000 people at a Friday prayer session. The top of the minarets gives a beautiful bird’s eye view of Delhi. 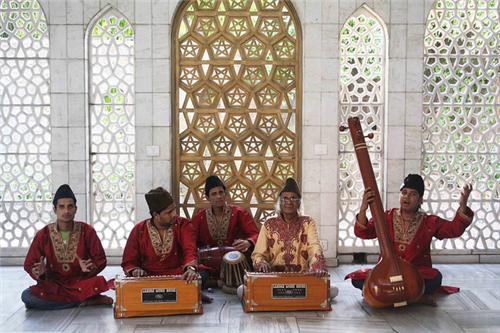 The tomb of the famous Sufi saint Nizam-ud-din Auliya was built on the way from Humayun's tomb. Nizamuddin Dargah is counted among the world’s most renowned Sufi saints. The Dargah has a well preserved tank inside the premises which is surrounded by many other tombs.
It is said that there was a major controversy between the saint and the rulers of Tughlakabad over building up this tank.

The saint had then cursed that the city of Tughlakabad will never flourish and so did it happen. The shrine also has the grave of Jahanara, the daughter of Shah Jahan and the tomb of Amir Khusru.
The beautiful Hazrat Nizamuddin tomb has lattice screens in the premises called jalis, courtyards and marble arches. With a belief that their wishes would be granted, the devotees tie red threads to these screens.

The Fatehpuri Masjid is located at th 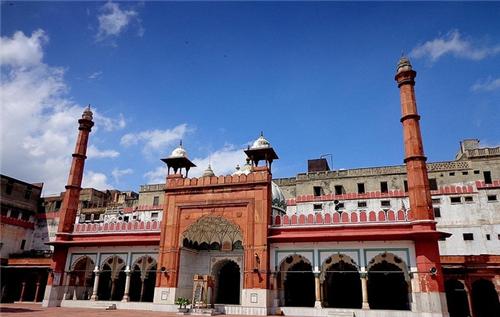 e western most end of Chandni Chowk of Old Delhi. The mosque was built by Fatehpuri Begum, one of Shah Jahan’s wives in the year 1650.
Red sand stones have been used to build this beautiful mosque which is surmounted by a single dome.

The traditional and fine designs of the mosque include the beautiful towering minarets with a prayer hall inside.
Though the mosque is considered as an important shrine for Muslims all over the world but it was built with very poor quality raw materials. All Muslim festivals are celebrated in Fatehpuri Masjid with great enthusiasm. 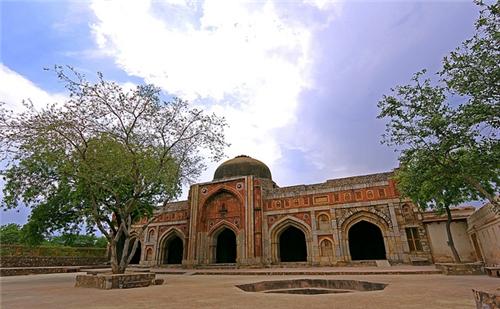 Jamali Kamali Masjid started during Babur's rule in about 1528 and was finished by 1535-36 during Humayun's reign. The Masjid was later renovated by INTACH, which is an autonomous cultural organisation.
The mosque area comprises of two monuments adjacent to each other, one is the tomb and the other is the mosque, it is dedicated to two namely, Jamali and Kamali.

Jamali was the other name of Sufi saint Shaikh Fazlullah, he was also known as Jalal Khan. The saint led a prodigious life and lived right from Sikander Lodi's reign, during the famous battle of Panipat in 1526, Babur and he died during the Humayun reign. Kamali on the other hand was an unknown person associated with Jamali but his antecedents were not established.

There is also a small tomb inside the premise and it lies right behind the mosque. The tomb has richly ornamented ceiling and walls and is covered with tiles of various patterns and hues.  The beautiful and spacious lawns of Jamali Kamali Masjid also make it a popular picnic spot for many Delhites. 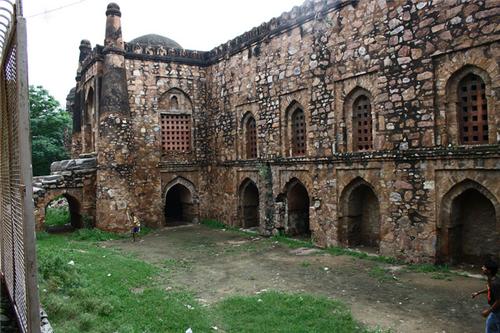 was built in 1380 by Khan-i-jahan Junan Shah, who was the prime minister of the the Sultan of Delhi, Feroze Shah Tughlaq (1351 - 1388). The name of the mosque was given because of its exquisite windows or khirkis.

Gordon Risley Hearn in his The Seven Cities of Delhi in 1906) has described the mosque as ‘a very fine one’.

The Khirkis in the outer walls are closed by heavy sand stone grilles.

The list of some other important Masjids in Delhi include: