The Indian headquarters Delhi is thriven by many lakes which forms one of the main natural affluence in the capital city. Numerous natural and artificial lakes run through the capital town funding the ground water level in the city.
As per Delhi Parks and Gardens society - DPGS the city homes an enormous count of 799 water bodies in its grounds, out of which 21 lakes have dried or lost in later 1990s due to rapid urbanization of lands in Delhi.
The draining of lakes resulted in the decrease of ground water level in Delhi and its neighboring localities so the drained lakes have to be recreated to stabilize wetland ecosystem and ground water level. 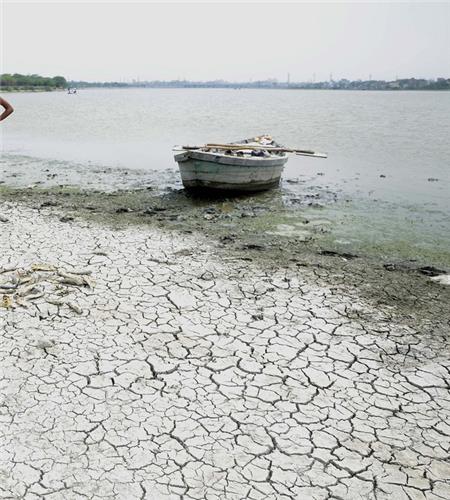 The Bhalswa Horseshoe Lake also called as Bhalswa Jheel Lake that flows through the Northwest of the capital city in the Jahangirpur locality.
The lake was actually formed by one of the twisting loops left by River Yamuna and it initially looked like horse shoe in its figure.

Now the lake area is occupied by many constructions and housing colony that disfigured the horse shoe structure of Bhalswa Lake and presently the lake is almost destroyed.
The banks of the lake also safeguard the city from heavy floods. 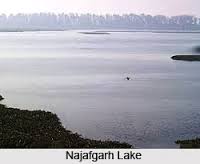 Najafgarh Lake also called as Najafgarh Jheel or Najafgarh Marsh is one of the biggest lakes in South West Delhi in the Najafgarh town.
Najafgarh nullah or River Sahibi is a natural drain that connects Najafgarh with River Yamuna.
The lake was once a natural wildlife habitat and an excellent marshland ecosystem covering 300 sq km of area is now completely closed as it has drained totally after 1960s.
The Delhi Flood control Department to secure the south west Delhi from heavy floods started widening the lake which resulted in draining.

During post independence the lake sheltered numerous pink headed ducks and Siberian cranes which was hunted by British officials. At present the drained lake basin is occupied by many housing colonies. 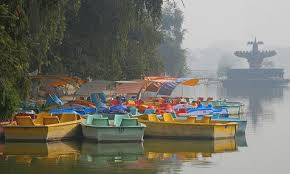 Sanjay Lake is an artificial lake sited in East Delhi that is developed by DDA- Delhi Development Authority over 89 hectares of land area in 1970s.
The area where Sanjay Lake was formed was actually a land depression where large volume of rain water get stagnated and also excess water from Hindon River also gets accumulated in the depression so DDA decided to develop the site to an artificial lake  and named it Sanjay Lake.
The water level in Sanjay Lake depends upon rainwater and sewer. The lake is built with in Sanjay Lake Park. The park and the Sanjay Lake together cover 178 acres of plot and it is the largest part in East Delhi and a very popular picnic destination.
Sanjay Lake Park
Address: Patparganj Road, Mayur Vihar II
New Delhi, Delhi -110091


Other Important Lakes in Delhi 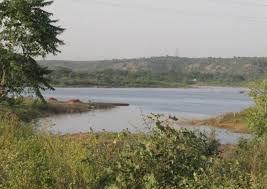 Damdama Lake is sited close to Dhaula Kuan is an excellent touring spot in Delhi which welcomes huge number of visitors every month and it is a cup shaped biggest natural lake in Delhi on the foothills of Aravalli hills. Rock climbing on Aravalli hill range is also very popular here.

It is an artificial lake build to add elegance to the world renowned India Gate. The boating facility in the lake adds to its popularity.

Naini Lake is an artificial lake sited in Model town of Delhi covering 12 acres of land and about 3 feet in depth. The numerous small trees on the south banks of Naini Lake and pedal boating attracts numerous visitors to its vicinity.

Explore more about Geography Of Delhi