When you visit Delhi you expect to visit any one of the famous tombs among many. You just cannot afford to miss the magnificent view of the tombs during your visit to Delhi. 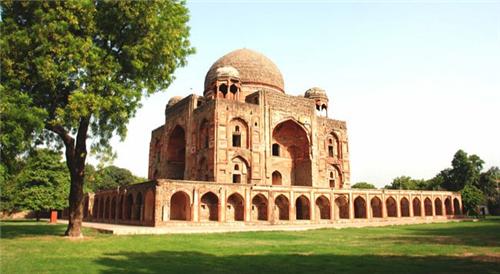 This article deals with one such famous tombs of Delhi. Khan-i-Khanan Tomb in Delhi is very famous and catches the attraction of tourists let us see how.

About the Founder of Khan-i-Khanan Tomb

Mirza Abdul Rahim Khan-i-Khana was the famous poet of the Mughal Emperor. He was known to be under the service of Akbar and Jahangir. Rahim was Akbar’s step son and was also considered as one of the “nine jewels”. Along with his poetic skills Rahim soon mastered the techniques of war and soon was awarded as the General’s position in Akbar’s military camp.

Khan-i-Khanan Tomb located in Delhi was built by Rahim in 1598 in memory of his loving wife. After the death of his beloved wife Rahim decided to build a Tomb as a cenotaph of her memory. Rahim took every effort to make his tomb look as great as he had expected it to be. 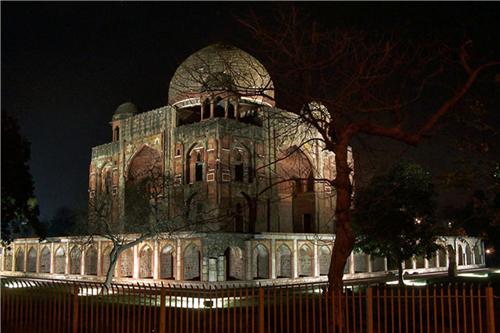 Except some of the differences it looks exactly like Humayun’s tomb which is located very near to it. In 1627, Rahim breathed his last in Lahore and was buried at the same place.

Khan-i-Khanan Tomb is located nearly 100 metres away from Sabz Burj, Lodhi Road, Delhi. This tomb can be accessed using a lane that is going towards the Nazumuddin West road. You can avail the metro service. The nearest metro station is Jorbagh. You may avail auto and bus service as well in order to reach this place.

The Khan-i-Khanan Tomb stands in a square podium and looks magnificent and beautiful. The podium has curved cells in all its sides. The curved cells of the podium are bordered by medals of different designs. The podium is also marked with different tanks of various styles. The most attractive part of the tomb is its design. 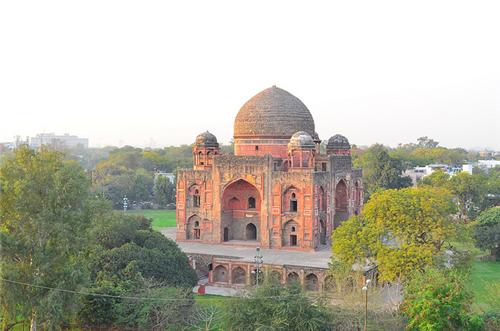 The entrance of the tomb has medals as well as floral designs engraved. Inside the tomb lies a single tombstone where Rahim and his wife’s bodies are buried. Another attractive part of the tomb is the centrally placed large medal and eight small medals surrounding it. The presence of the domed roof marks as one of the most prominent feature of the Mughal architecture.

This amazing tomb is built of red sandstone and quartzite which marks the beautiful craftsmanship of Mughal architecture. The exteriors were covered with marble and sandstone. These marble and sandstone were stripped from its surface in order to the tomb of the ruler of Awadh in 1754. The sad part is only bits and parts of quartzite and sandstone remains in Rahim’s tomb at the present day. It is really unfortunate that the only cenotaph of the great poet of the Indian Subcontinent lies ignored in the Capital city.

The tomb is the sole responsibility of Archaeological Survey of India. It is preserved by ASI since 1754. A reason for the extra care of this place is its location. Since it is located in Nizamuddin West and very near to Humayun’s Tomb ASI takes a good care of this place. 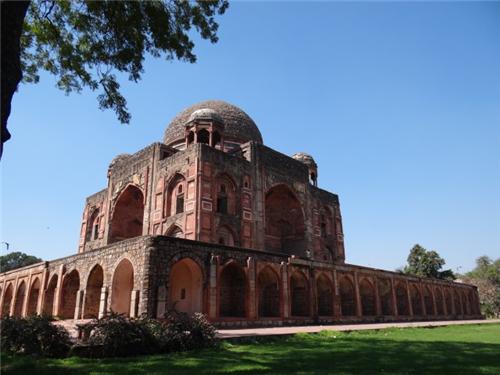 The lush green fields around the tomb often find people jogging around.  This is another reason for the extra special maintenance by ASI.