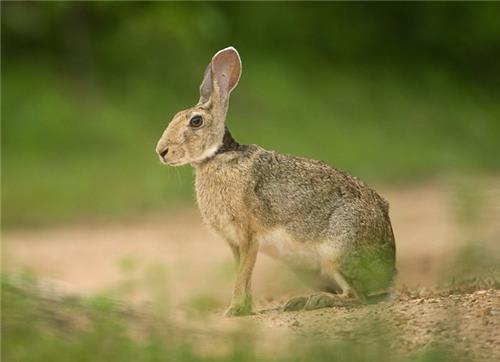 Located on the Southern Ridge which is on the northern fringes of Aravalli Hills, the oldest mountain ranges in the Country, Asola Bhatti Wildlife Sanctuary is known worldwide for its biodiversity. As the Southern Ridge merges with the Indo-Gangetic Plains, it is the home of numerous flora and fauna. This wildlife sanctuary has many lakes that have been created due to pits formed by years of continuous mining.
One of them is the ‘Nili Jheel’ or Blue Lake which is the home of many types of fish and has rich population of many types of aquatic flora. Another Lake within this wildlife sanctuary is Lake Peacock, which has a narrow channel, rocky cliffs and beautiful sandy beach.
A huge population of monkeys can be seen around these lakes. The deepest and largest lake of Asola, located on the Surajkund-Bhatti Road, is a resting place for the adventure seekers, cyclist and hikers. This wildlife sanctuary houses more than 193 types of birds. More than eighty butterfly species, numerous insects and mammals are seen in this sanctuary. The sanctuary also has many medicinal plants. 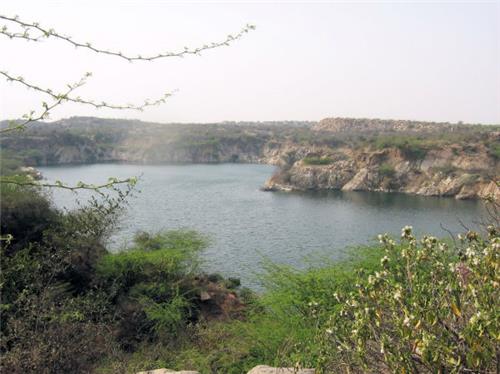 Asola Wildlife Sanctuary is formed over an area of 4707 acres of land that includes Maidangiri, Asola and Shapur villages. This notification was given in the year 1986. In the year 1991, 2167 acres of land of Bhatti got added to this wildlife sanctuary area.
In the year 2000, an Eco-Task Force was formed by the Government of Delhi which was given the responsibility of restoring back of natural ecology of this region which was badly affected by uncontrolled mines of Bhatti Areas. 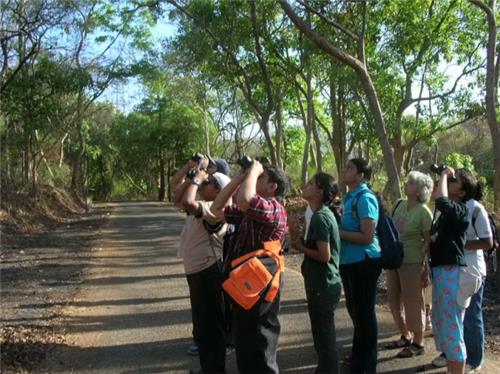 Trees like Amaltas, Peepal, Dhak, Siris, Sheesham are found in abundance in the semi-arid forest area of Asoal Wildlife Sanctuary.  Thorny Kikkar is also seen in this region. Kankera, Ber and Bistendu. Trees are commonly seen in this wildlife sanctuary. Wild flowers like Little Glory, White Leadwort (Chitrak), are seen in this region.

In the year 2007 in the month of March, an order has been issued by the Delhi High Court to capture and rehabilitate stray monkeys from the nearby areas of this wildlife sanctuary. For rehabilitation of these monkeys 30 platforms made of cement were built within Asola-Bhatti Wildlife Sanctuary. Fruits and vegetables are kept on these platforms from Azadpur Subzi Market so that monkeys can get their food.

How to Reach Asola Wildlife Sanctuary

Asola-Bhatti Wildlife Sanctuary is located 25 KM away from Indira Gandhi International Airport, Delhi. The sanctuary is located at a distance of 32 KM from Maharana Pratap Bus Stand and 30 KM away from Delhi Railway Station.
Visitors could approach this wildlife sanctuary through two entry gates. One is from Mehrauli through Chhatarpur Temple which is only 6 KM away from the sanctuary. This gate is located at the terminal of Shani-Dham road, a road branching off from Chhatarpur Road.
This sanctuary can also be reached from Tughlagabad-Surajkund Road. Nature Walks and School Kids prefer to enter this wildlife sanctuary through the gate located opposite to the Karni Singh Shooting Range situated on the Surajkund Road.
Read More National Zoological Park in Delhi, Yoga Centers in Delhi, Yashwant Place, Yamuna River in Delhi, NGOs for Women in Delhi, Wine Shops in Delhi, Wildlife Sanctuaries Near Delhi, Wholesale Markets in Delhi, Map of West Delhi District,Volvo Bus Service from Delhi, Delhi Online, Vintage Camera Museum Delhi, Foundation of Shanti Stupa Delhi, History of Digambar Jain Mandir Delhi, List of Bank Branches in Delhi, Economic System of Delhi, Banquet Halls in Delhi, Big Bazaar Delhi, Catering Services in Delhi, Apollo Hospital Delhi, National Childrens Museum New Delhi