The roadways in Delhi are highly developed. It is indeed very difficult to say, which of these roads are more important.  This article tries to introduce some of the road, which outsiders as well as residents will find useful. We will start with Janpath, earlier known as the Queen’s Way. 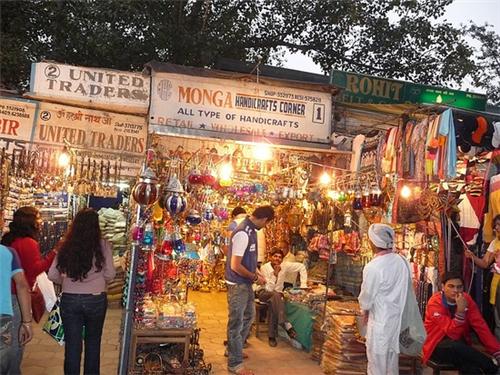 Janpath is one of the most important roads in New Delhi. It starts from Connaught Place in the north and then runs in the southwardly direction to end at the junction of Aurangzeb Road, South End Road and Tees January Marg. Hotel Claridge is an important landmark in this end.
Western Court, which serves as transit hostel for the Members of Parliament and Eastern Court, which houses the office of Mahanagar Telephone Nigam Ltd are two important buildings here. However, the most interesting place here is the Janpath Market. Anything and everything is sold at this market and that too at a very reasonable price. 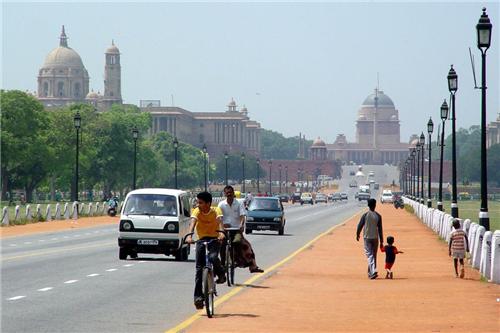 While Janpath Road runs in north-south direction, the Rajpath Road crosses it from east-west direction. It starts from the Rashtrapati Bhavan on Raisina Hill and runs through Vijay Chowk and India Gate to end near Dhyan Chand National Stadium.
Every year the Republic Day parade is held on this road. Apart from Rashtrapati Bhawan, the North and South Blocks of the Secretariat Buildings are two other important building here. 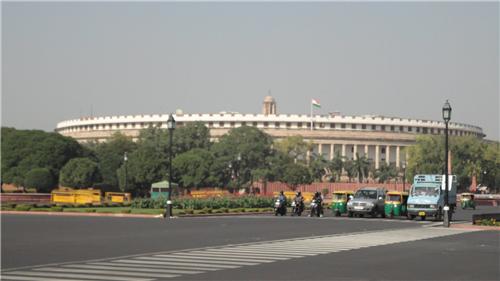 Sansad Marg, which ends at Connaught Place, runs perpendicular to Rajpath. The Sansad Bhawan or Parliament House is the most important building here. A host of important government offices such as Department of Post, Planning Commission of India, Press Trust of India etc are also located on this road. 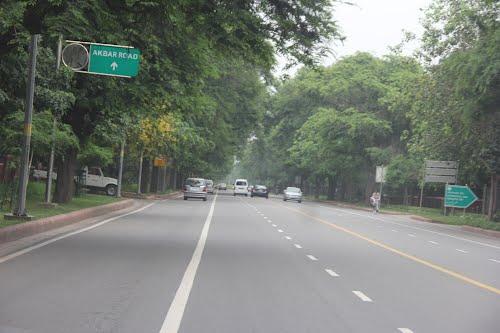 Another important road in Delhi is Akbar Road. This tree-lined road starts from the India Gate roundabout and ends at Teen Murti Bhawan roundabout. Akbar Road is also connected to other important road such as Man Singh Road, Maulana Azad Road, Motilal Nehru Road, Janapath Road through different junctions. The most important building on this road is the head office of the Indian National Congress party. 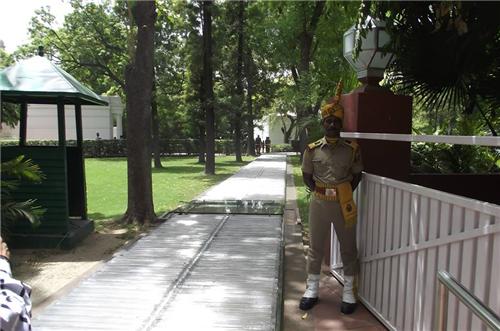 The official residence of the Prime Minister of India is located on the Race Course Road. This road generally remains closed to the public. 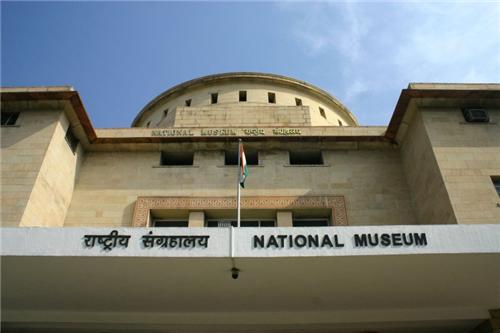 Barakhamba Road, named after now-demolished house of a nobleman of Sultan Era, is another important road in this town. This monument was supposed to have twelve pillars and hence it was named Barakhamba. The Indian Museum is the most important building on this road. Other than that the road houses many commercial offices and banks. 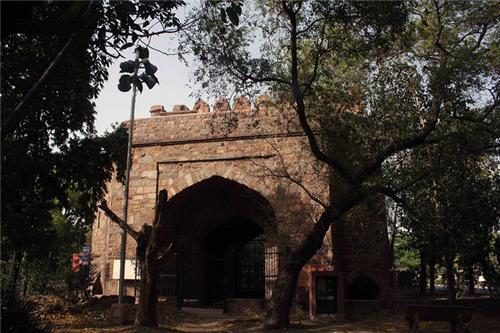 Bahadur Shah Zafar Marg is named after the last Mughal ruler Bahadur Shah Zafar II. The road is quite interesting. On one end the road houses offices of many national news papers and so it is referred as Fleet Street of India.
On the other hand, a haunted house called Khuni Darwaja is located on it. Some other places of tourist interest on or around this road are Feroz Shah Kotla Fort, Feroz Shah Kotla Cricket Stadium, Shankar’s International Dolls Museum etc. 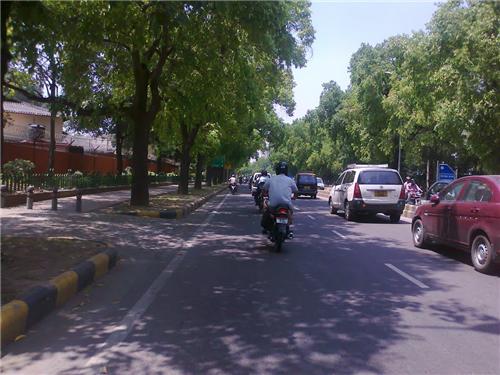 If the head office of Indian Congress is located on Akbar Road Bharatiya Janata Party has its headquarters at 11, Asoka Road. The Sanchar Bhavan, which is the headquarters of Ministry of Communication and Information Technology, is also located on this tree-lined road. This road also houses many budget as well as star hotels. 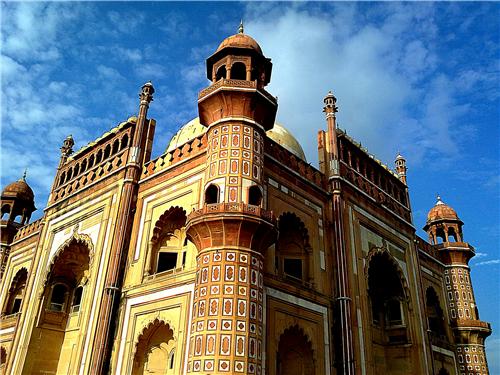 Originally, this road was known as Mehrauli Road, but later renamed as Shri Aurobindo Road after the Aurobindo Ashram located on it. This north-south arterial road starts from Safdarjung Tomb and ends near the famous Qutub Minar.
Safdarjung Airport is another landmark of this road. Dilli Haat, which is actually located on Ring Road, is easily accessible from this road as well.
Also Read: Aurobindo Ashram 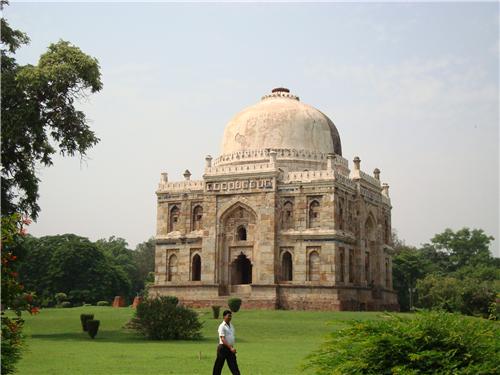 Lodhi Road is another important road in Delhi. Lodhi Garden is the most important place of tourist interest on this road. This ninety-acre garden houses many old tombs and also some important mosques. Aman Resorts belonging to the chain of luxury resorts is another landmark on this road. 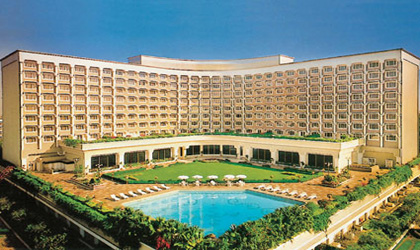 If we are talking about hotels and resorts, we must mention the Taj Mahal Hotel on Mansingh Road. This hotel with 294 rooms is one of the top luxury hotels in India.


Aruna Asif Ali Road is a five kilometer long road that connects many important localities of the city. Parts of Vasant Kunj, Jawahar Nehru University, Sanjay Van etc are located on this road.

This is not all, Delhi has a high number of historic roads to explore. So, what are you waiting for? Get your vehicles out and begin your exploration on these roads now...!
Read More National Zoological Park in Delhi, Yoga Centers in Delhi, Yashwant Place, Yamuna River in Delhi, NGOs for Women in Delhi, Wine Shops in Delhi, Wildlife Sanctuaries Near Delhi, Wholesale Markets in Delhi, Map of West Delhi District,Volvo Bus Service from Delhi, Delhi Online, Vintage Camera Museum Delhi, Foundation of Shanti Stupa Delhi, History of Digambar Jain Mandir Delhi, List of Bank Branches in Delhi, Economic System of Delhi, Banquet Halls in Delhi, Big Bazaar Delhi, Catering Services in Delhi, Apollo Hospital Delhi, National Childrens Museum New Delhi