Delhi Online provides all possible information about Gurudwaras in Delhi. It covers every historical Gurudwara in Delhi with their complete details and brief history. 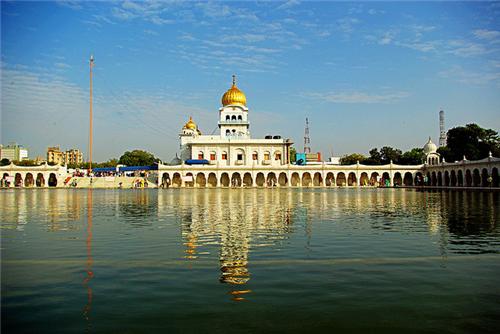 Gurdwara Bangla Sahib was initially built as a small temple by Sikh General, Sardar Bhagel Singh in the year 1783. It is associated with Guru Har Krishan, who was the eight Sikh Guru.

Originally it was the haveli of Mirza Raja Jai Singh, an important military leader of Mughal emperor Aurangzeb. The original name of the Gurudwara was Jaisinghpura Palace.

The first site of the Gurudwara is completely mesmerizing, which is embellished with a golden dome and a beautiful flagpole with the symbol of Sikh contingent. It is quite amazing to see 180 people together having langar at a time in every 15 minutes. Other than these the Gurudwara Bangla Sahib also have a a hospital, a higher secondary school, and a library as a part of blissfulness showered by the Sikh God on his children.

The experience of eating langar with a beautiful trance music playing in the background is altogether an unparallel experience that can't be missed by anyone visiting the Holy place. 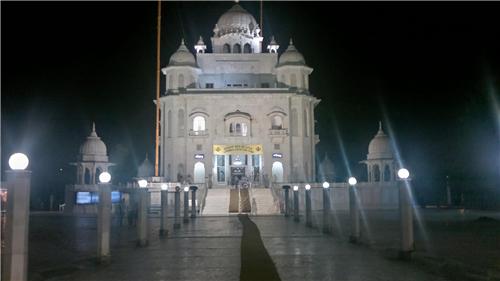 The beautiful Gurudwara near Parliament street was constructed in 1783, after Baghel Singh, a military leader seized Delhi, on March 1783.

It took 12 years to build the this Gurudwara.  The brief stay of Baghel Singh in Delhi led to the constructions of many Sikh religious shrines in the city and Gurdwara Rakab Ganj Sahib is one amongst them.

The Gurudwara also has its historic importance and marks being the site where Lakhi Shah Banjara along with his son Bhai Naghiya burnt their houses to cremate the body of Guru Tegh Bahadur who was beheaded in Chandni Chowk on November 11, 1675 on the orders of Aurangzeb for refusing to convert to Islam. 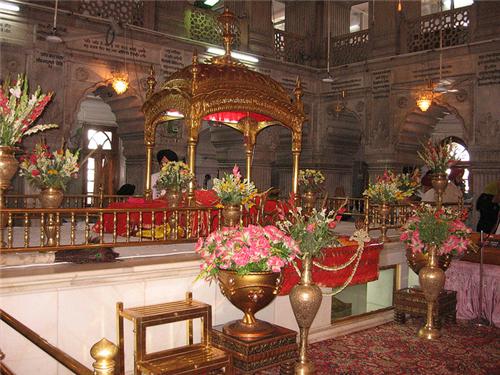 Gurdwara Sis Ganj Sahib was first established by Baghel Singh in 1783 and is one of the nine important gurdwaras in Delhi. It was on this site Guru Tegh Bahadur beheaded on the orders of the Mughal emperor Aurangzeb on November 11th, 1675, for refusing to convert to Islam.

The Gurudwara still preserves the trunk of the tree under which the Guru was beheaded and the well from which he took bath while he was in the prison. The present structure of the Gurudwara was built in 1930. 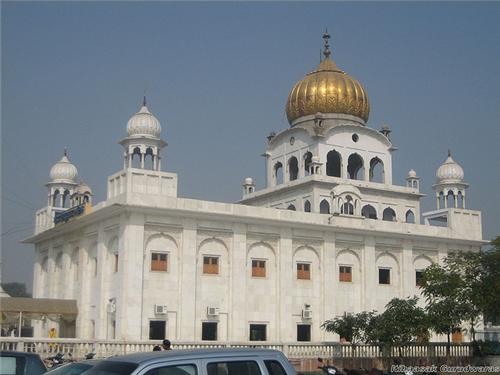 It is an historic gurdwara located in north Delhi dedicated to Guru Nanak Dev, the first Sikh Guru. The meaning of the word Piao is to “offer liquid to drink” and it refers to the offering of water to all the thirsty who visited the Gurudwara.

The Devotees can still see the well from which Guru Nanak served water to the thirsty which has been well preserved. 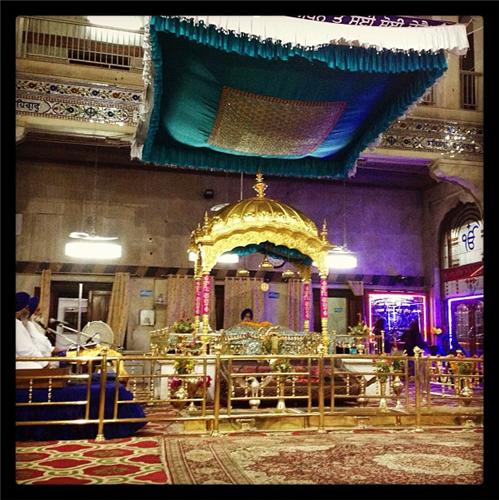 Gurudwara Moti Bagh Sahib is situated near Dhaula Kuaan, in Ring Road. The place is considered as historic as Guru Gobind Singh Ji camped with his army here.

The gurudwara was earlier known as Mochi Bagh and later the name was changed to as Moti Bagh.

Gurudwara Bala Sahib is situated on the Bank of the River Yamuna. The last rites of Guru Sahibs were performed here and the ashes were taken to Kiratpur Sahib. Here at this place also the last rites of Mata Sahib Kaur ji and Mata Sunder Kaur ji were also performed.

Some other important Gurudwara in Delhi includes: