Gaffar Market, jugaad market, grey market are all just the names of Delhi’s largest electronic market, where you can also find imported crystal items, garments and specially mobile phones. Gaffar Market in Delhi near Karol Bagh follows its own league with all sorts of fixes to your gadget and gizmo concerns.

Gaffar market Karol Bagh is said to have come in existence during 1952 and was named after Gaffar Khan. Gaffar Khan was an active freedom fighter, a political and a religious leader. He has been an important fighter who worked actively in India's struggle for independence. He was honored with Bharat Ratna despite the fact that he was not a citizen of India. 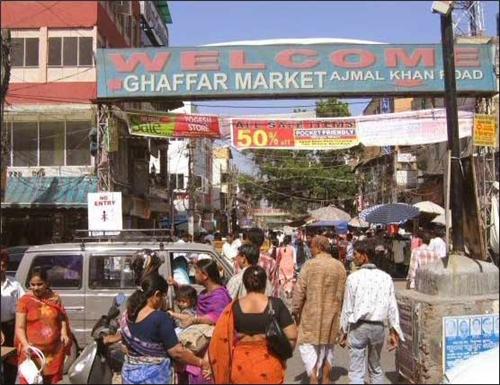 The interesting fact about the market is that the goods sold here are without any guarantee or bill. Yet the takers are too many and the market remains crowded invariably.

People from different regions also visit crystal shops to find best deals for crystal items in this market. The market is permeated with products imported from China and Thailand

The market is best for bargains, variety of goods and imported items at cheap prices. There are more than 500 shops in Gaffar market that offer good bargains on electronic items like air conditioners, cameras and mobile phones. Gaffar market is a paradise for gadget freaks. 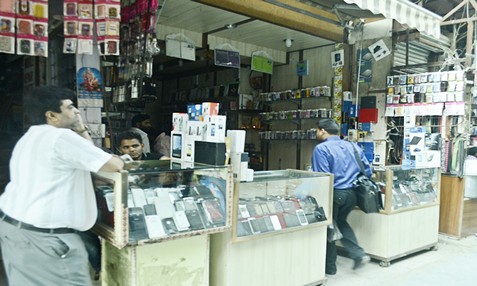 Gaffar market is lately being called as a mobile hub of Delhi. One can purchase mobiles at highly discounted rates.

With so many mobile shops and dealers located in the market, you will get all the solutions for mobile repairs, upgrades and used mobiles

It is believed that you may even find the versions of i-phones in Gaffar market even before it is launched elsewhere! Also you can find i-phones at much cheaper price than any market.

The market is specialized at mobile repairs also. There are countless shops to repair all kinds of imported mobiles and you can easily rely on them for services.

Where is Gaffar Market in Delhi

Market is open on all days and festivals except Mondays. Gaffar market is situated in Karol Bagh. The market is located at a walking distance from Karol Bagh metro station and lies at 20 kms from Indira Gandhi International Airport.


Explore more about Shopping in Delhi