Embassy of France in New Delhi 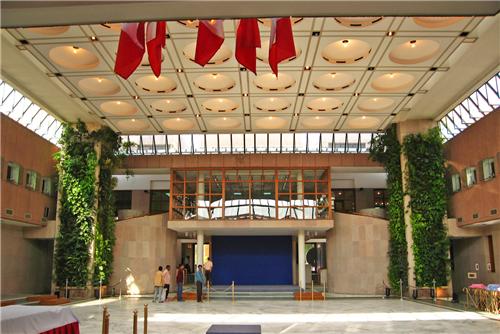 The French Embassy in India is the bridge between India and France. From cultural promotions, to development in trade and finance, visa applications and consulate services, the French Embassy provides its unending support to the citizens to get.
The ambassadors have always aimed at strengthening the ties between the two countries for a fruitful and prosperous future.
The Embassy of France also seeks to strengthen the relationship between the two countries by encouraging bilateral visits of dignitaries. The visit of the French Minister of Defence and meeting of Indo-French CEOs is an important step in this respect.
For getting information on official matters or meeting someone in the embassy you need to have a prior appointment. Some of the services that the embassy offers include –

The embassy also offers various other services through which the people get a chance to get to know the culture, literature, art and music of France closely.  The embassy also plans a gala event for the celebration of the national day of France, 14th July every year. Some of the other services apart from the above mentioned ones that the embassy offers are –

The embassy organises various events, workshops, seminars and programs time and again to enhance cultural exchange between the people of the two countries.  The seminars and debates are primarily focussed on economic, scientific and technological matters and give a great learning opportunity. Some of the popular events of the recent past are –

Given below are the contact details of the embassy of Spain in New Delhi.

The office hours can vary, thus it is advised that you take a prior appointment before visiting the embassy.The embassy remains closed on Saturday and Sunday.

The Embassy of France in New Delhi is located at a distance of around 14km from the IGI airport. Due to its central location it can be easily accessed by public and private transport.