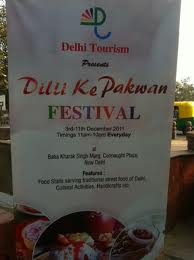 Delhi is a paradise of food lovers. Delhi-ites’ love for food can be figured out by the growing number of restaurants and popularity of food festivals organized by hotels and restaurants in the city.
Delhi government organizes a week long food festival to showcase the famous food from all over the country at Baba Kharak Singh Marg called, ‘Dilli ke Pakwaan’.
You can gorge on the platters of famous 'Chandni Chowk ka Chilla Bhandar',  'Daulat ki Chaat' and 'Tilak Raj di Kulfi'.  The latest edition of the festival added another attraction called ‘Khao Gali’ that adds to the love and charm for street foods.
Another lip-smacking and much awaited food festival of Delhi is, ‘The Street Food Festival’, organized by the National Association of Street Vendors of India (NASVI). There are many other food festivals individually celebrated by the hotels and restaurants of Delhi. Here is a list of a few festivals from famous eating outlets and hotels. 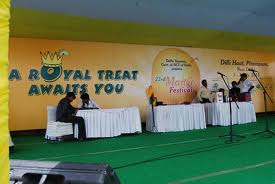 Did you that there are 1100 varieties of mangoes available! Delhi celebrates this fact by organizing event that features more than 500 varieties of mangoes in International Mango Festival.
The event is held annually at Delhi Haat Pitampura, as the summer sets in. Delhi Government in affiliation with the department of tourism makes the festival come alive with activities like mango eating competitions, mango tasting, and mango folk performances. One can also purchase processed mango food items like jams, pickles, juices, aam panna, and aam papad. 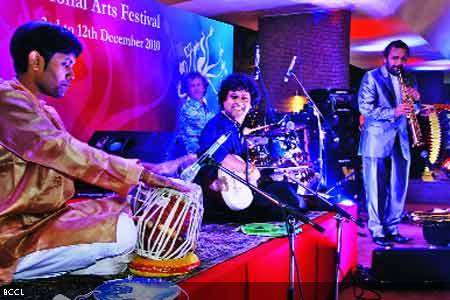 Department of Art, Culture and Languages presents this festival annually at Kamani Auditorium for five days with the objective of promoting classical music of the country.

Two day Amarrass Desert Music Festival of Delhi has a great international presence and is influenced by the great music cultures of deserts of the globe.

This festival is a musical delight organized by Delhi Tourism. Sharad Utsav is an acclaimed festival of Indian  classical music.

Shriram Shankarlal Music Festival is a 3 Day event   celebrated in the month of February. This isone of the oldest music festivals of the country held at Kamani Auditorium in  Copernicus Marg from lat six decades. 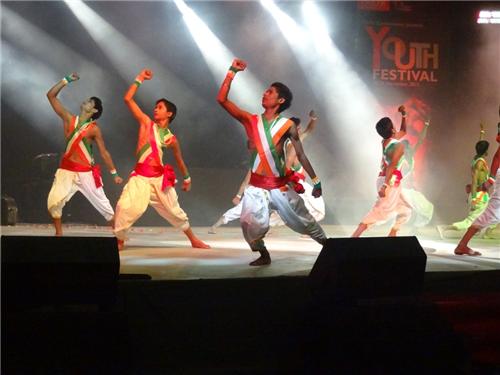