Delhi is often chosen to host some prominent film festivals of the country. Hence the capital city has turned a permanent host to the following film festivals, which are held with a lot of efforts to lay a platform to foster the industry in Delhi.

National Film awards are an equivalent of Oscar awards in India. The administration of the National Film Festival was formed in 1954, organized and executed by Directorate of Film Festivals. The winners are awarded under the categories viz. Feature Films, Non-Feature Films and Best Writing on Cinema. The winners of lifetime achievement award are honored with Dadasaheb Phalke award.

The national award film festival takes into account the films of different cultures and regions of the country and awards them for their excellence.  Every year the festival is celebrated at Vigyan Bhawan, Delhi. This auditorium is located at Maulana Azad Road, India Gate. 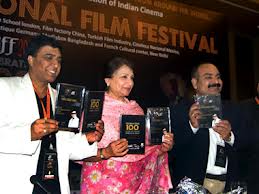 Delhi International Film Festival is a grand showcase of world cinema in Delhi. The first edition of this festival was organized from September 19 to 25, 2011 by Taj Enlighten Film Society.  In first year 34 cinemas were played in a week’s time. The first event of the festival was held in college auditoriums of Delhi, targeting the college students as audience.
The first edition of the festival aimed at acquiring a cornerstone and acknowledgement for the event.  The objective this time in festival is to allow cultural exchange through films and to improve contacts between industry professionals.

Amongst the popularity of commercial cinema in our country, Delhi Shorts International Film Festival
promotes short films and documentaries from across the globe. The effort was initiated in the year 2012. DSIFF is organized by ‘Miniboxoffice’, an important short films marketing, promotion and distribution company. 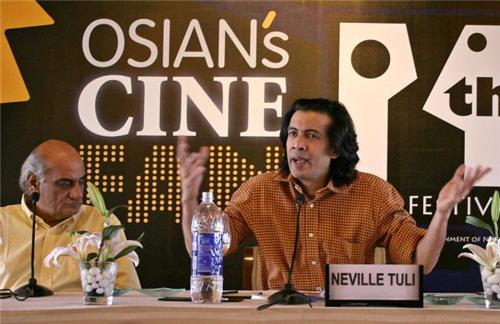 Osian's-Cinefan Film Festival was founded in 1999 and is the most awaited festivals in India. The festival screened over 175 films from 38 countries. This year the festival revived after a gap of 2 years.