Entertainment and Nightlife in Delhi

Nightlife, what sort of an opinion that fills up the head as soon as hearing the term 'nightlife'?

Probably, youngsters and couples shake the hips and work the dance floor, listening to the music that comes out of the instruments out loud or people treating their taste buds with their favorite cuisine at an illustrious eating place!


Nightlife in Delhi is no different! 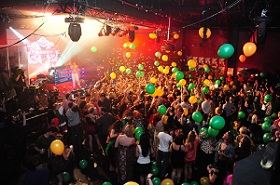 Delhi, the second most populous urban centre in the world and one of the most preferred tourist destinations which draws visitors from all over the world is no different when it is about nightlife.
While, the capital city is considered as one of the most happening cities of the country, there is no wonder that the city never ceases to amaze with its high-spirited nightlife options.
Delhi reveals a razzle-dazzle face at nights as the city simply dazzles with the enthralling nightlife.

The city which runs mechanical on any given weekday, slows down a bit at night to surprise people who are out and looking for amusement and relaxation at night.


Nightlife in Delhi at its best! 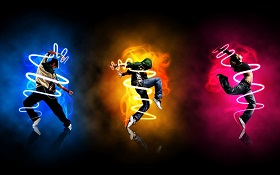 The city offers a wide range of the recreational places which include Restaurants, coffee shops, bars, pubs and discotheques where one can comfortably relax and relish the nightlife.
Delhiites after a long time of being restricted to conventional and boring bars and restaurants, the people are looking out for some strikingly unconventional nightlife addresses, and their expectations are becoming real.

For an instance, the Hauz Khas village, one of the wealthiest and classy localities in South Delhi plays a major role in affording the tremendous and singular nightlife in Delhi as the area houses numerous eating houses, bars, pubs and coffee shops.
Delhi's nightlife does not end with the Hauz Khas village though as the whole city has a lot more options to offer. 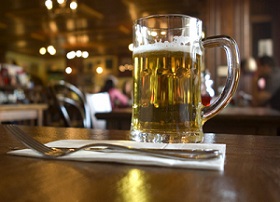