Home city guide eating out in delhi at night

Have you ever thought of a midnight expedition in search of good food in Delhi? ‘Err...midnight munchies in Delhi...you must be joking’, sarcastically commented my friend from Mumbai when I dropped the idea in her last visit to the capital.
A self-confessed foodie, and no meal is complete without meat, I first decided to head straight to Old Delhi and gorge on Karim’s Nihari (lamb cooked overnight on slow fire) which is served till midnight.
If it is Ramzan time, you can expect Nihari at the break of dawn too. Zipping past the old and ancient ruins of Delhi 6, my friend was delighted to get a glimpse of William Dalrymple’s  City of Djinns. 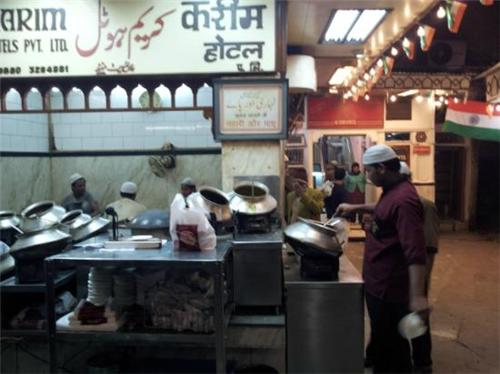 If that’s not all, the road opposite Gate number 1 near Jama  Masjid selling succulent tikkas and seekh kebabs is a must for all kebab lovers.
With high adrenalin and an overdose of flirting with kebabs and tikkas, I decided to spoil my friend with choice. 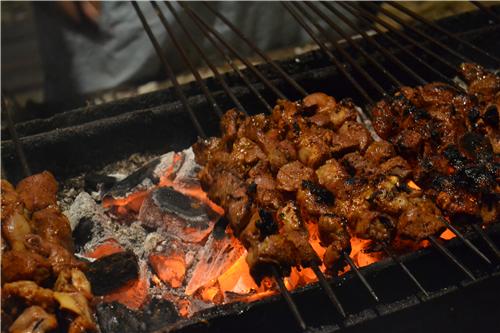 We decided to catch up with another friend of ours in Jawaharlal Nehru University Campus or JNU who boasts of 24x7 Food Court which is open from late morning till dawn.
This court is not only vibrant with the latest debate on Marxism vs Socialism vs Liberalism, it also smells of biryani, mughali curries, noodles, rolls and ofcourse tea!
Another must try while in JNU at midnight, is the Northeast Dhaba. Well the catch here is you need to know someone to enter the place! Try the chicken stew with hot steaming rice...yumm..it melts down your throat.

Well Delhi has a lot to offer to vegans and eggetarians too. The famous Ande paratha (egg parathas) are available in places more than one, after the clock strikes 12. The midnight owls strike at 1440 in Lajpat Nagar IV which sees activity only after 11 at night.
Anda parathas and Bun omelettes are served with melting butter. Not too far away, is the Moolchand Parathe wale near Moolchand metro station Top the parathas come the green chilli pickle and boondi raita. 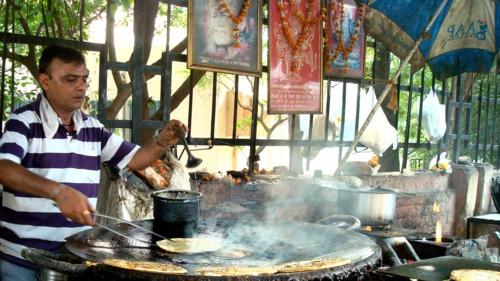 Well if you are not the adventure types, you can still satisfy your hunger pangs at night by simply getting food delivered at your door-step. Midnite Express in North Delhi, Kamla Nagar area delivers varieties of kebabs, chicken curry, rajma chawal and parathas  within a radius of 5kms.

Enjoy excellent food right from Chinese to Thai, from Mexican to Vietnamese from Asian Haus which takes orders till one at night. Though located at Greater Kailash I, you can get it delivered anywhere in Delhi.

Stores are spread across the city but the more popular ones are in Central Market, Lajpat Nagar II, GKII M Block and in Community Centre, Saket. 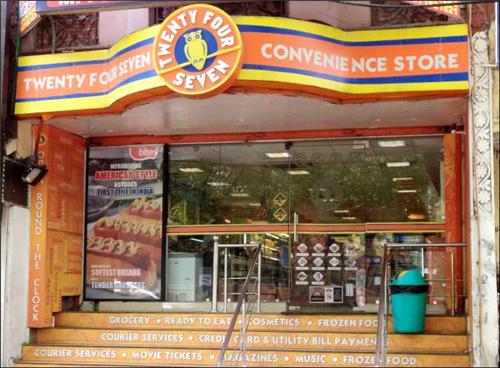 Explore more about Food in Delhi