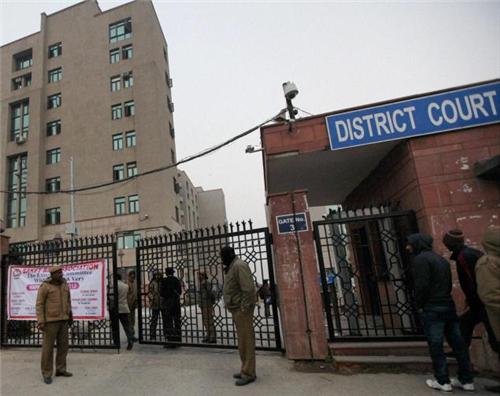 The “Indian Judicial Courts” includes Supreme Court, High Courts, District Court, etc.
The district courts in Delhi are run in different complexes. The names of the complexes are listed below-
Court Complex-

Dwaraka Court complex which was completed in 2008 is located in the area of Dwaraka Delhi. This court complex is one of the modern operational district courts complexes in Delhi.

The Courts in Dwaraka Court complex are-

The Rohini Court complex completed in 2005, is located in the Rohini area of Delhi. The cases related to west and north-west district are considered in Rohini court complex.

The courts that function in this complex are-

Patiala house was once a palace of Maharaja of Patiala. It is located near India Gate. Criminal courts have been established in Patiala house. The criminal courts in this house deals with criminal cases pertaining to New Delhi.
The room number 1 in the Patiala house has been allocated to The Delhi Legal Aid Authority. The objective of the formation of DLAA is to provide free legal aid to the poor litigants and under-trials who cannot afford to pay the lawyers. The DLAA is also responsible to organise Lok-Adalats for expeditious disposal of case.

The courts functioning in Patiala house are-

Tis Hazari building was established in 1950’s. The Tis Hazari court complex was inaugurated by chief justice of Punjab High Court. The cases handled here include civil and criminal cases. The complex houses civil and criminal courts.
Tis Hazari is considered as main court complex in Delhi. The complex also houses treasury of the government of NCT of Delhi, State Bank of India, ATM facility, Post Office, three libraries for lawyers and one library for Judicial Officers.

The courts functioning in this complex are-

The Karkardooma area houses Karkardooma court complex and residential blocks of Judicial officers and staff. The division of residential blocks includes four type-VI duplex flats, seven type-VI flats, thirty type-V flats and fourteen type-IV flats allocated to Judicial officers.
The blocks of type-II are allocated to the court staff. The complex also houses Judicial Academy for the time being. Apart from these the complex houses UCO bank, Post Office for the use of court staff, Litigants and Lawyers.

The courts that function in this complex are-