This famous pilgrimage place of Jains is located in Old Delhi, just opposite to the Red Fort. The temple was constructed in the middle of 17th century AD. 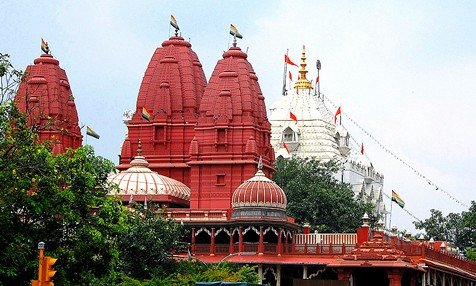 The temple was constructed to commemorate Lord Parashvanath, the 23rd Tirthankara f the Jains. This temple is one of the oldest Jain pilgrimage places. The Digambar Jain Lal Temple of New Delhi is managed by a trust named Shree Agarwala Digambar Jain Panchayat Trust.

The Digambar Jain Mandir has a legend associated with it. The sound of musical instruments and the beating of drums (Nagara) that came from within the temple premise used to disturb the Mughal Emperor Aurangzeb and that is why he ordered to stop them. But even after the musical instruments were not played, the emperor used to hear their sounds. 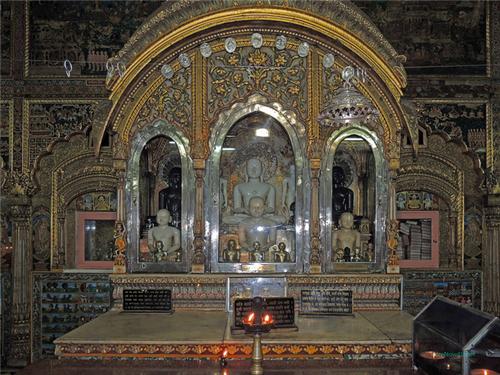 When he had sent his servant to inquire about it, he was reported that the instruments played by themselves. This mysterious tale is still associated with this Jain temple and till date nobody could actually find out the reason how the instruments’ sound used to be heard by the emperor though nobody played them.

Digambar Jain Temple is made of red sandstone and that is why it is known as “Lal Temple”. The temple walls have intricate carvings and beautiful paint works. The paint works and carvings are there on the ante-chambers that surround the shrine of Parshavath. There is a huge column named “Manastambha” placed near the temple entrance. 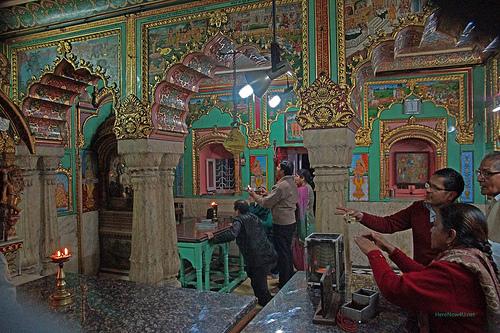 The primary devotional hall of Digambar Jain Temple is in the first floor. The small courtyard of this temple is surrounded by row of pillars. The gilded paintwork of the temple area looks very soothing when the lights of candles and lamps fall on them.

Other Facilities within Temple Complex

Digambar Jain Temple premise runs a charitable medical center for birds. Free treatment is offered here to different kinds of birds. Wounded partridges and other types of birds who are bought by the Jain merchants are brought here so that they can be given proper treatment and get recovered. Squirrels are also treated here because they do not harm birds. Birds of prey like vultures; eagles etc. are not kept here and are treated as outpatients.

This temple can be visited throughout the year but visitors would enjoy their visit if they come here during the annual events and different important festivals of Jains. 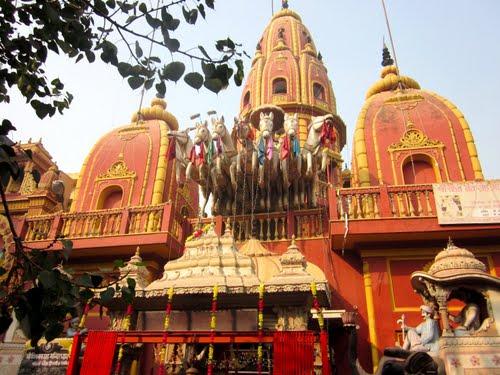 The various festivals that get celebrated at this temple are Deepawali, Paryushan, Jnaan Panchami and Samvatsari.


How to reach Digambar Jain Temple