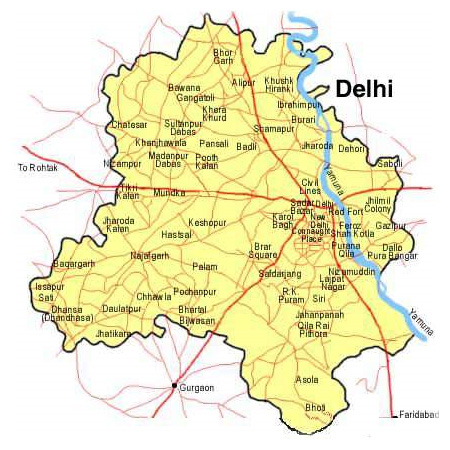 The telegraphic meaning of word PIN Code denotes Postal Index Number. It is a six or eight digit number which refers to the particular area or region of postal department. In general terms a PIN code is a kind of code that represents the number of particular location where the letter is to be delivered. The use of PIN code started with the establishment of postal service in world. In some countries like USA and Canada, ZIP code is used  by the postal department which refers to Zonal Improvement Code (ZIP).
With the expanding geographical boundaries of Delhi, the post and telegraph department has divided Delhi in different codes.

Below is the list of different area codes of Delhi. If you are still looking for some pincode, which is not listed, you can click here
Pin Codes with Delivery Post Offices in Delhi