Oftentimes Delhi is interchangeably used with the word Delhi NCR, which does not also seem off the mark. In view of Delhi government’s plan to deflect over-crowding of the city and divert it to surrounding regions of Delhi NCR i.e. the concept of National Capital Region came into existence.
In 1961 NCR board was formed under the ministry of Urban Development of Govt. and the board entrusted the task of developing the cities surrounding 250 kms of the capital. The constituent areas of NCR are sub-regions of Haryana, Rajasthan and Uttar Pradesh. 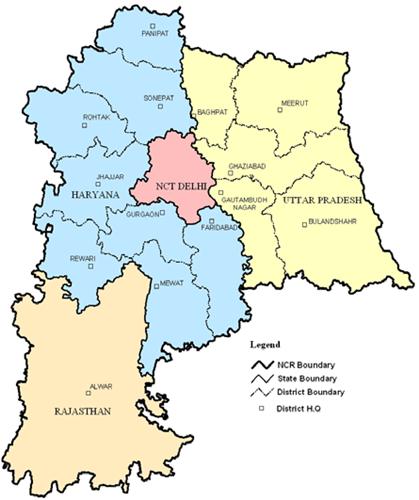 Along with the development of NCR, the government also plans the regeneration of the capital itself. There has been a drastic change in physical and social infrastructure, transportation, revival of historical buildings, rework of residential areas to make Delhi and NCR World Class cities.
Total NCR area is 55,083 km², of which, Delhi covers 5%. With three new districts added to the NCR region, the total area has increased by 30,242 sq km, hence the total area now is 55,083 km². Below are the areas covered under NCR region. Rapid Rail Transit System, expressways, DMRC corridor, rail and bus transits are planned by the board for these cities.
Haryana
Faridabad, Gurgaon, Nuh, Rohtak, Sonepat, Rewari, Jhajjhar, Gurugram, Panipat, Palwal, Bhiwani,Charkhi Dadri, Mahendragarh, Jind and Karnal
Uttar Pradesh
Meerut, Ghaziabad, Gautam Budh Nagar, Bulandshahr, Baghpat, Hapur,Shamli and Muzaffarnagar
Rajasthan
Alwar and Bharatpur
Delhi
Whole of NCT Delhi
(Source: https://ncrpb.nic.in/ncrconstituent.php)

Of all these cities Noida and Gurgaon have steadily attained the status of new corporate and industrial hub.

The growth of real estate sector, whether retail, residential or offices are clearly visible in Delhi and these satellite cities. The land prices witnessed a great hike in these regions. These cities have innumerable number of ultra modern residential and commercial properties and many such projects are on its way.
The new hospitality and recreation venues have also found their way into the NCR regions. Infact there is an abundant construction activity still going on here and the development is intensive. 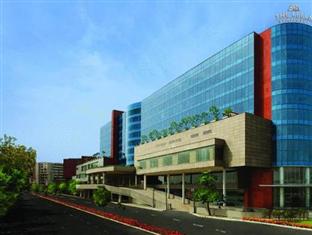 With the advent of globalization, there was a great pressure towards a better infrastructure, and government was in complete support to fulfill the requirements in these areas.
Big corporate houses and MNCs are inclined to set up their offices in these satellite cities. Many BPOs, IT companies, Finance Companies and big brands found opportunity and took a bend towards these cities instead of Delhi.

Like Delhi, NCR also sees effect of the cosmopolitan culture and has assumed a metropolitan character. One can easily find luxury homes, apartments, shopping malls and skyscrapers. World class restaurants, hotels night clubs, dance clubs are getting popular and, are favorite haunts of people.
One can feel an amazing energy and creativity in these areas. These territories are not truly Union territories like Delhi, but due to immigrations from other states and job opportunities there is a mix of cultures found here. 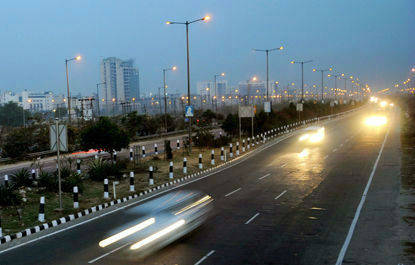 Government is in all plans and talks to extent and advance connectivity of these cities to the state of Delhi. To make the movement convenient, roads and flyovers were built.
Recently the Metro services have also been extended to Agra and Gurgaon regions, offering ridership to almost 30.15 lakh people to and fro from Delhi.
These areas were under developed villages, but they have turned into world class cities under the planning of NCR board.
Read More: Amusement Parks In Delhi, Aadhar Cards in Delhi, Adventure Island in Rohini, Agrasen Ki Baoli, Ambulance Services in Delhi, Delhi Ka Airport, Akshardham Temple Delhi, AIIMS Hospital in Delhi, Anand Vihar ISBT Delhi, Indian Air Force Museum, Bal Bhawan Delhi, Bal Bhawan Delhi , Best Golgappa Joints in Delhi, CGHS approved Hospital in Delhi, Bars in Delhi, Foreign Exchange Offices in Delhi, Commonwealth Games in Delhi