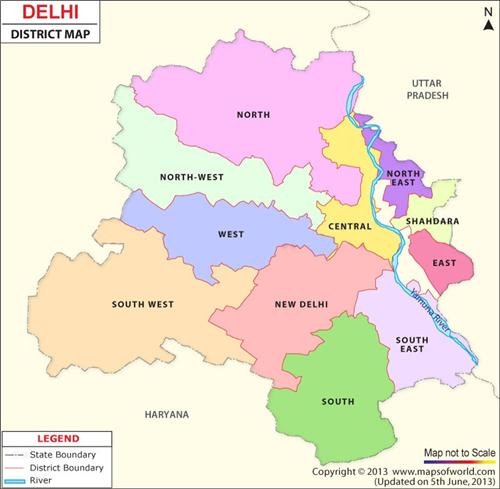 These nine districts came into being from January 1997. Before that, Delhi used to have only one district for the entire Delhi with its headquarters in Tis-Hazari. Districts along with their headquarters and sub divisions:

The districts are headed by Deputy Commissioner in addition to an Additional District Magistrate, Sub Divisional Magistrates, Tehsildars and Sub-Registrar under the Commissioner. The administration of the district performs activities on various fields of administrative, judiciary and other areas of work.
The Delhi District Administration can be said to be the de-facto enforcement department all government policies. It has supervisory powers over all functionaries of the Government.

Some of the functions under different branches of the Delhi District Administration include: