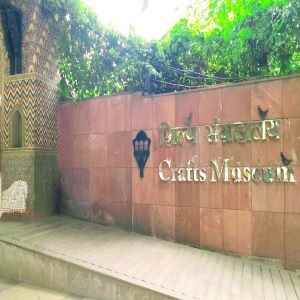 The establishment phase of National Crafts Museum Delhi can be calculated to almost 30 long years, which started during 1950s. As a matter of fact, the Crafts Museum Delhi is an outcome of attempts of the notable social reformer and Indian independence activist late Shrimati Kamaladevi Chattopadhyay.

The museum featured huge collection way back during 1980s itself, and it clearly didn't stop there. The museum proceeded to evolve and continued to live up to the prospects and reputations which ultimately make it as one of the finest museums in the country today.

The NHHM, Delhi is simply a storehouse and a jubilation of hand-crafted objects. As it is widely believed, India is a land which motivated and values hand-crafted products, and the tradition has extended to a point where the handcrafted products reflect prodigious talent and beauty. The distinctiveness of the National Handicrafts and Handlooms Museum is that it breaks the usual character of a typical museum of exhibiting old or rare objects as this museum has an ability to present hand-crafted objects, which are being used even today. 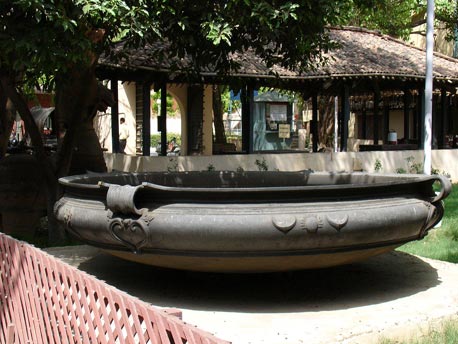 which more than 3,000 are exhibited to the visitors. Furthermore, it is an irrefutable fact that the total collections of the Delhi Crafts Museum reflect the upholding custom of country's artisans through embellishment, fabrics, painting, assorted craftsmanship of mud, rock and woods and various other art objects.

With the exceptional and large set of art objects, the Crafts Museum Delhi is even more special for its marvelously designed buildings by the far-famed Indian architect and urban planner Charles Correa (recipient of Padma Shri, Padma Vibhushan, and Royal Gold Medal by Royal Institute of British Architects).
The building which was designed by the noted architect cites rural architecture of India with interior courts, open air passageways, roofs furnished with tiles, archways, carven doorways, perforated metal screens and many more brilliant architectural elements.

A singular appeal of sculpts of the bhuta religious cult of coastal Karnataka (bhuta cult is ascertained primarily in the coastal Dakshina Kannada zone which is populated by the Tulu speaking people).

Art objects from various folk and tribal customs from across the nation.

A wide variety of Cultie art objects from dissimilar customs.

An unparalleled assemblage of art objects that are made for the grandeur.

A large collection of Traditional Indian textiles with a wide range of hand-loomed and handmade collections.

Some of the finest collections of the Crafts Museum Delhi include carven wooden builds of the bhutas, ethnic divinities of coastal Karnataka, Chhattisgarh's tribal bronzes, Gujarat's carven wooden architecture, jharokha (balcony), embellished, bejewelled hangings and many other art objects.


Other Interests in Crafts Museum Delhi

The Crafts Museum Delhi also houses a library with a stack of over 12,000 books, diaries, unpublished monographs, Museum's catalogue and many other important books.

The Crafts Museum Delhi invites a certain number of craftsmen from all over the country on a monthly basis to be in the complex. The invited craftsmen are encouraged to demonstrate their talent and to explore new conceptions. 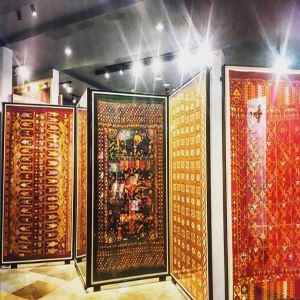 The Crafts Museum Delhi can be easily reached from ISBT (Inter state Bus Terminal), New Delhi by hiring an auto rickshaw or a local bus. Additionally, the museum can easily be reached through Pragati Maidan Delhi Metro Station (Blue Line).