BRT in Delhi represents the much criticized Delhi Bus Rapid Transit System which is a new age bus rapid transit presently operated in the city of Delhi. Delhi's traffic woe is a long story as the city is one among the world's worst traffic hit cities. 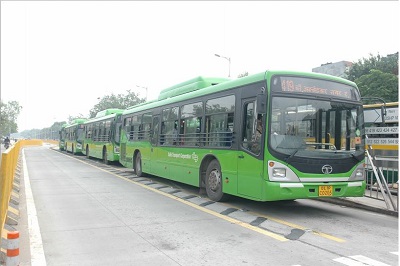 A lot of studies conducted in recent times distinctly reveal that if the time taken by Delhiites traveling back and forth during peak hours is shortened, then a considerable percentage of Delhi's population would work to a greater extent which ultimately increases productivity. The Delhi Bus Rapid Transit System is primarily intended to solve the traffic problems and cut down road accidents.

Establishment of BRT in Delhi


Operations of BRT in Delhi 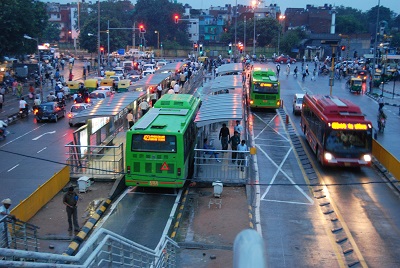 First Route of BRT in Delhi:

From Dr. Ambedkar Nagar in the south to Delhi Gate in the city centre passing across a lot of urban zones located in the South Delhi and on the highway from Delhi to the prominent commercial establishments in Gurgaon as well.

Dimensions of the corridor: 28 meters to 51.5 meters extended

Attributes: Bus lane is based in the midst of the route which is 3.3 meters wide of the mark with all-purpose automotive vehicle lanes with a breadth of 6.75 meters to each face

Separate Lanes: Provided for non-motorized vehicles, which include cycles, rickshaws, pedestrians and so on


Positive Impact of BRT in Delhi