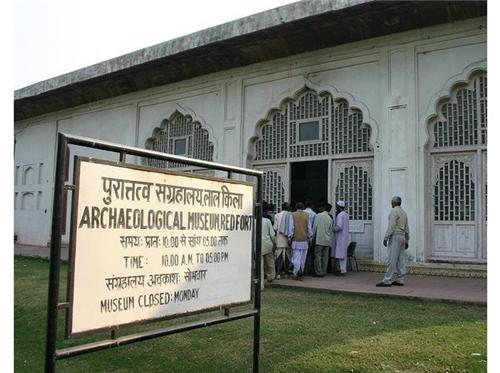 Documents like farmans or the royal decrees bearing seals and signatures of the emperors; ancient maps, engravings, detailed manuscripts providing evidences of beautiful calligraphic art, are some of the exhibits.

Rare kinds of typical Mughal arms, weapons, carved swords, decorated daggers can be found. Samples of various types of textiles, embroidered canopies, cushions are also present. Costumes and traditional attires made up of fine cloth and made exclusively for the emperors are also on display.

The glory of Mughal time period is redefined in an impressive way and anything related to the cultural heritage of that period can be seen here. The items which are exhibited here are excavated from Purana Qila in 1955 and then in 1969 to 1973. Researches were carried out on these items and they shows that the objects belong to the Sunga, Kushana, Rajput, Maurya and Muslim period. 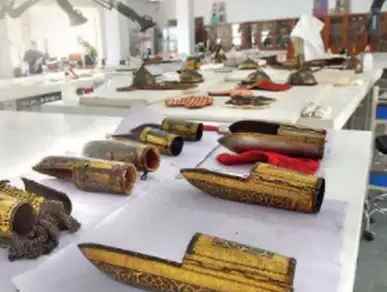 The Archaeological Museum is divided into number of sections which are divided according to specific eras and civilizations like one section is for the 2nd and 3rd century artifacts while the other is segmented for Indus valley civilization, yet another section is dedicated to the last Mughal emperor Bahadur Shah Zafar. There is a section for relics of First war of Independence of 1857 which includes the weapons and maps used during that time.

The museum is also a center of various workshops and seminars which enables the tourists and travelers to familiarizes with the history of India and the city. 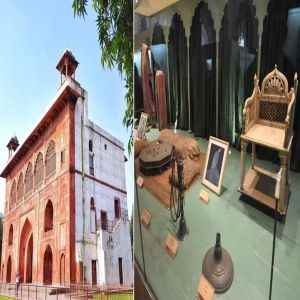 How to Reach Archeological Museum:

The museum is located inside the Red Fort, which is a very popular tourist site of Delhi. It can be accessed via any local transit option. Nearest metro station is Chandni Chowk on yellow line of Delhi metro. One can walk for about 20 minutes to reach the Fort complex or take a rickshaw.
You can also board a local train or EMU to reach Old Delhi Railway Station and take an auto rickshaw or cycle rickshaw. One can take local DTC buses to reach the Red Fort as well. Red Fort is also one of the destinations of Delhi HOHO bus service.
Read More: Amusement Parks In Delhi, Aadhar Cards in Delhi, Adventure Island in Rohini, Agrasen Ki Baoli, Ambulance Services in Delhi, Delhi Ka Airport, Akshardham Temple Delhi, AIIMS Hospital in Delhi, Anand Vihar ISBT Delhi, Indian Air Force Museum, Bal Bhawan Delhi, Bal Bhawan Delhi , Best Golgappa Joints in Delhi, CGHS approved Hospital in Delhi, Bars in Delhi, Foreign Exchange Offices in Delhi, Commonwealth Games in Delhi