Indraprashtha Apollo hospital is a 700 bed multi-specialty hospital located at Sarita Vihar, New Delhi. Spread over an area of 15 acres, Apollo Hospital Delhi was the first hospital in India that got Internationally Accredited by Joint Commission International (JCI). The hospital was also the first in India where Pediatric Liver Transplant was performed in the year 1988. 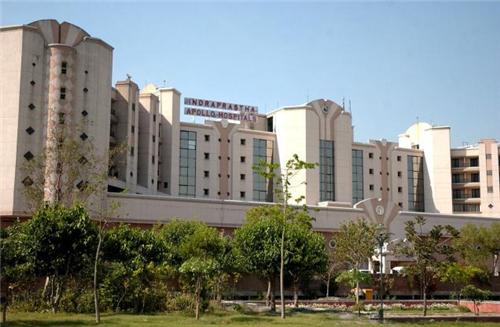 Air Evacuation services at Indraprastha Apollo Hospital was started in the year 1998 and since then the team has carried out air evacuations from all the cities of India and also foreign countries like USA, UK, Pakistan, Nepal, Oman, Thailand, Bangladesh, Saudi Arabia, China, Sri Lanka, Nigeria, Tanzania, Italy, France, Afghanistan, Australia and Singapore. The team has carried out more than a thousand air evacuations in India itself.