The capital city of India, Delhi has a wide and developed mode of communication network in all three modes of transportation. When it comes to air transportation, Delhi is well equipped with two airports viz. the Indira Gandhi International Airport and the Safdarjung Airport.
The city has a good international airports in Delhi and domestic airports in Delhi in IGIA with both international and domestic sections located separately. The two airports of Delhi and their services and facilities are mentioned below: 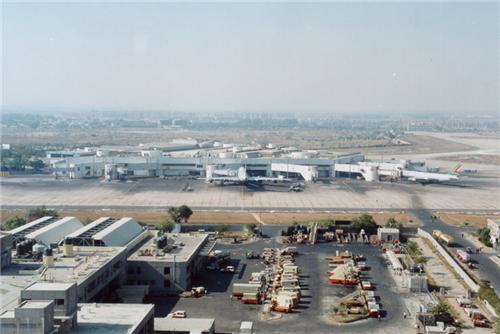 The Indira Gandhi international Airport (IGIA) is the prime international airport of Delhi witnessing a wide network of flights both from within the country and from outside India.  The airport is named after the former prime minister of India, Indira Gandhi. The Airport Council International ranked the airport as the second best in the category of 25-40 million passengers in 2013. It is also the busiest airport in India and has the capacity to handle more than 46 million passengers annually. The IGIA handles more than half the air traffic of South Asia with huge air traffic from across the world flying in to the national capital Delhi.

The terminal 1C witnesses domestic arrivals and is equipped with a larger luggage reclaim area. The terminal 1D is the newly built terminal for domestic departures. Built with a floor space having the capacity enough to handle 12 million passengers per year, the terminal started working from 15th April 2009 and has well equipped self check in counters. 72 Common Use Terminal Equipment enables check in counters. You can reach the airport in your own transport, cabs or by using the Airport Express Line.

The terminal 3 operates both domestic and international flights. All international flights from across the world along with the fully in service domestic flights are operated from terminal 3. The terminal 3 is located around 9 kms away from the terminal 1 and is connected by shuttle services in between the terminals.
The terminal 3 is the biggest terminal of IGIA and is considered as one of the biggest terminals of the world with developed facilities. It has been regularly operating since July 2010 and is the 24th largest building in the world. It has an area of 5, 40,000 sq m and the capacity to handle 36 million passengers annually.

The terminal 3 has many facilities laid out for travelers including lounges, medical facilities, nap and massage lounges, prayer room, smoker’s lounge, children’s room, shower and massage lounges, branded shops, eateries, immigration counters, WI-fi and many other added facilities for the convenient of the passengers.
The terminal 3 being a two tier building also has around 15 X-ray screening areas, duty free shopping places in addition to other facilities. The terminal is also connected to Delhi by a well connected eight lane motorway and also the Delhi Mass Rapid Transit System.
The terminal 3 of IGIA has the first automated parking management and guidance system of India and has a multi level parking system with 7 levels of parking with a capacity to hold 6300 cars.


The following list includes the name of the airlines and the destinations they travel to from terminal 3 of IGIA:

During the special Muslim pilgrimage of Hajj, flights for Hajj are directed to this terminal to avoid disruption of other passengers traveling to other places. It was started from 28th September 2011 and is used for two months starting from the second month after Eid-Ul-Fitr. The Delhi Aero City station is the nearest one to IGI-Haj Terminal.

The cargo terminal in IGIA manages the cargo operations. The IGIA received award in the year 2007 for its organized and brilliant cargo handling system. The Cargo terminal is located at a distance of 1 km from the terminal 3.

There is ongoing planning of terminal 5 and 6 for only international flights. The terminal 3 will then be used only for domestic flights. The fourth terminal which is the South terminal, was converted into a COVID-19 vaccine center in 2020.
How to reach:
Important Contact Numbers of the IGIA:
New Delhi Airport Customer Care Number: 0124-3376000
Terminal 1A & 1B: 011-25661000
International Cargo Terminal: 01125601017

Safdarjung Airport is located in Safdarjung area of New Delhi and was established during the British rule as Wellington Airfield. It is spread across an area of began its operations as an airport from the year 1929 and India’s second airport.
It was used during the Second World War and also during the Indo Pakistan War of 1947. It was Delhi’s main airport until the year 1962 when the Palam Airport (Indira Gandhi International Airport) came into operation. 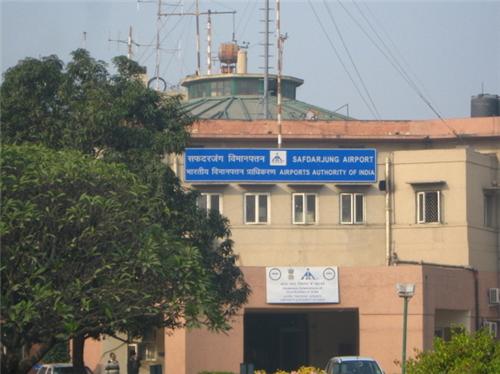 The Airports Authority of India headquarters which manages majority of the airports in India is located in the Safdarjung Airport. The ministry of Civil Aviation is located in the Rajiv Gandhi Bhawan on the grounds of the airport. There is also the Delhi liaison office of the Indira Gandhi Rashtriya Uran Akademi located in the administrative block of the airport.
How to reach: One can take buses or auto rickshaws to Safdarjung Airport from any part of Delhi.
Read More: Amusement Parks In Delhi, Aadhar Cards in Delhi, Adventure Island in Rohini, Agrasen Ki Baoli, Ambulance Services in Delhi, Delhi Ka Airport, Akshardham Temple Delhi, AIIMS Hospital in Delhi, Anand Vihar ISBT Delhi, Indian Air Force Museum, Bal Bhawan Delhi, Bal Bhawan Delhi , Best Golgappa Joints in Delhi, CGHS approved Hospital in Delhi, Bars in Delhi, Foreign Exchange Offices in Delhi, Commonwealth Games in Delhi,