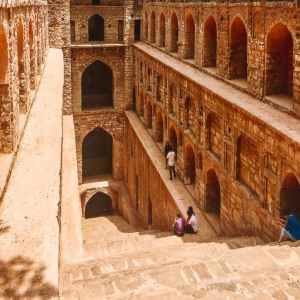 Baoli essentially means a water reservoir or a step well storing rain water. Many civilizations used to dig up deep step-wells due to scarce rainfall.

This historic place protected by Archeological Survey of India can store upto 2 levels of water, but with the deprecating rainfall  and ground water levels does not let this Baoli hold water for too long and it dries up in just a few days.

Since there are no historical records to establish its insight, there are various stories woven to relate it to history.

It is believed that Agrasen ki Baoli was built during the times of Mahabharata by King Agrasen and was renewed by Agarwals (rich and significant vendors of their times) in 14th century. Vivudh Sridhar from the Agarwal community, of the times has in one of his poems indicated that the Baoli was redesigned by Nattal Sahu (a rich Agarwal merchant). Nattal Sahu was also a minister of King Anant Pal III.

The step-well has 104 steps with a series of carved chambers and passages. The Baoli is 60 meter long and 15 meters wide located on Hailey Street near Connaught Place. The structure is an influence of both Islamic and Hindu religions. The center of the well holds water which is also conjoined by a covered platform. As you climb down the stairs the well gets colder and darker and only the noises of pigeons can be heard. There is a small mosque towards the western end of the Baoli. This mosque is built in Mughal Style architecture and looks dissimilar due to its fine carvings and different concept.

Agrasen ki Baoli is also known to be a haunted place. At times visitors have felt something strange about the place. Some people even affirm that the Baoli is a domicile of devils 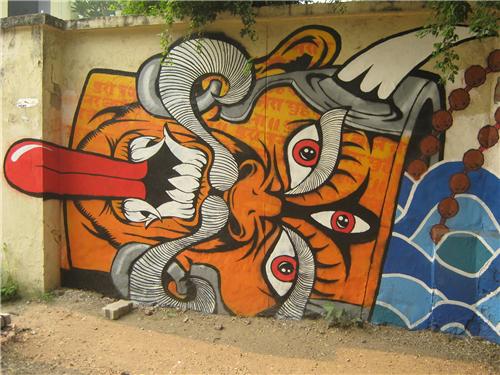 No entry fee is charged for the visit or photography.
Agrasen Ki Baoli Timings: It is open on all days from Sunrise to sunset.