Home city guide a ride in a ho ho bus

A Ride in a Ho Ho Bus 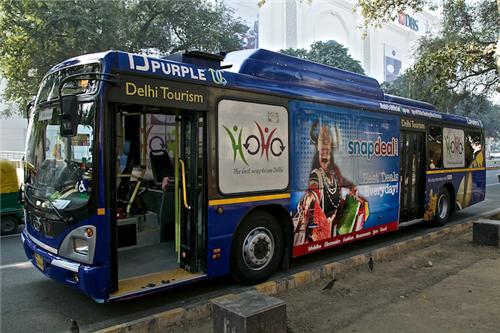 They call them the Hop In and Hop Off buses, but people know them simply as Ho Ho buses. These buses primarily run through three different routes - Green, Red and Purple.  All you need to do is to buy tickets for a particular route and hop in the right bus. I chose the Purple route because it covers both the Red and Green route. For that reason this route is also known as the Red + Green Route. Another reason for my choosing this route was that the tickets for this route are valid for two days and so I would have more time to imbibe the aura of this great city. Guess it's my turn to take you on a trip now.


Day One on Ho Ho Buses

The beauty of such scheme is that there is no time frame to drag you back. When you reach your destination you simply hop out of the bus and take time to visit all that you want to visit. Once you are finished, you come back to the bus stand and hop in the next Ho Ho bus without having to pay anything. What can really be better than that? 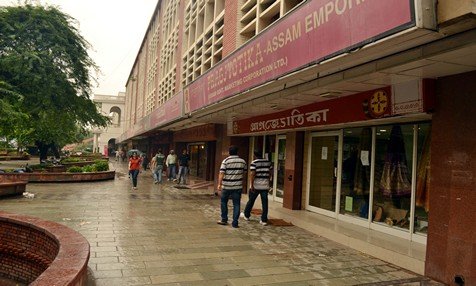 These Hop In and Hop off buses start from Baba Kharak Singh Marg. It was good that the first bus started at 8:30 am before State Government Emporiums opened. There are eighteen of them on this street! I promised myself I would return to this road before I left Delhi. Gurudwara Bangla Sahib, the biggest Gurudwara in Delhi is also located here and that was also an added attraction.

Our first stop was at Feroz Shah Kotla. Although I was very much interested in Khooni Darwaza, which was nearby, I decided to visit another nearby destination, the National Gandhi Museum. Oh! What lot to see there! I again promised to come back some other day and went back to the bus stop to wait for the next bus.

Red Fort was the next stop. Jama Masjid, Chandni Chowk, Salim Garh Fort are some other places of tourist interest located nearby. Since I had already been there I decided to move on. The best thing about these buses is that it allows you to see only as much as you want.

I also wanted to skip Raj Ghat; but I am glad that I did not. It was where the last rites of the Father of the Nation were performed. A black memorial stone in the middle of the green lawn filed me with peace and tranquility. I looked at ‘Hey Ram’ engraved on the stone and tried to visualize his last moments. With a heavy heart I trudged back to the bus stop.

National Gallery of Modern Art was our next stop. Since the gallery had fifteen thousand works of art, I decided to give it miss. Indeed, there are so many paintings, sculptures and other works of art that I would not be able to do it justice in one or two hours.

Next was the India Gate, but I decided to move on to the Purana Qila. India Gate, located at Rajpath, is the war memorial for the 90000 Indian soldiers who lost their lives fighting against fascism. Today, this structure has become the identity of this great city.


The construction of Purana Qila, which was my next destination. I noticed a blend of Hindu and Muslim architecture in this sixteenth century edifice. More interestingly, archeological excavation has proved that the Indraprastha of Mahabharata fame was located at this very region. Moreover, archeological explorations have also revealed Gupta Era artifacts.

Next stop was at Humayun’s Tomb. It has been declared a UNESCO Heritage Site in 1993 and so I hopped out of the bus to see this wonderful piece of architecture. It was built by Hamida Banu Begam after the death of her husband Humayun. It took eight years and 15 million rupees to build this tomb. While Taj Mahal is by far most beautiful, just like it, Humayun’s Tomb was also an epitome of love. 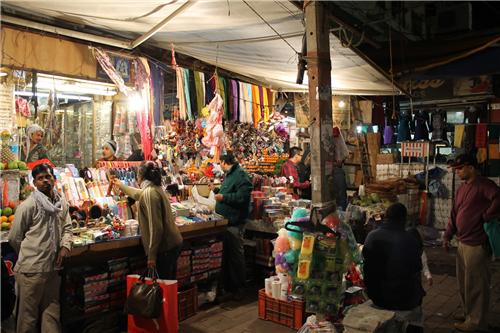 At Lajpat Nagar, I decided to call it a day. Although I was tired I could not take my eyes off from those wonderful stuffs that were on sale at this great market. I had heard that it is the liveliest market in South Delhi and a Mecca for those who can bargain hard. Unfortunately, I am not at all good in this art and so I picked up a few things and started walking towards Lajpat Nagar Metro Station.

Although I was tempted to go back to pick up few more things, I decided to resume my journey on Ho Ho buses from Lotus Temple Stop.

Consequently, I took the metro and got down at Kalkaji Station and visited the Lotus Temple on my own. It is a Bahai Temple of worship and a huge affair. I learnt that it central hall can accommodate as many as 25000 people at a time.

It did not take me long to find the Ho Ho bus stand near the entry gate of the temple. Saket Mall was our next destination, but I gave it a miss and went straight to Qutab Minar. Although I have been to the place before, I revisited it. I even had a peep at the Jamali Kamali. In the broad day light, the place seemed so safe.

Hauz Khas Village was the next stop. This is where Timur defeated Mahammed Shah Tughlaq in 1398. The complex also contains a water tank, tomb of Feroz Shah Tughluq and many other places of historical importance. Today, it is also the hub of designer studios and themed restaurants. However, I decided to give it a miss and go for Dilli Haat Instead. 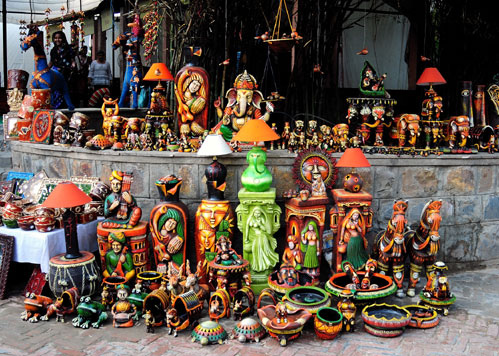 Dilli Haat is spread over a six acre of land and is jointly established by number of governmental agencies including Delhi Tourism. The place contains more than sixty stalls selling traditional handicrafts as well as 25 + food stalls. If you are interested in a kaleidoscopic vision of art and culture of India, this is the place to go. To be truthful, I spent quite a lot of time here and consequently, I had to give quite a few places a miss.

So, I bypassed Safdarjung Tomb, Indira Gandhi Museum, Nehru Museum and Rashtrapati Bhavan. Instead I got down at the National Museum. It was so big that it was impossible to go through it in half a day. Indeed, it is the biggest museum in India and possesses more than 2,00,000  works of arts including 800 sculptures.  Moreover, many of these artifacts date back into five thousand years into history. I spent around two-three hours here and then went to Jantar Mantar, the last stoppage on the Ho Ho Bus route. 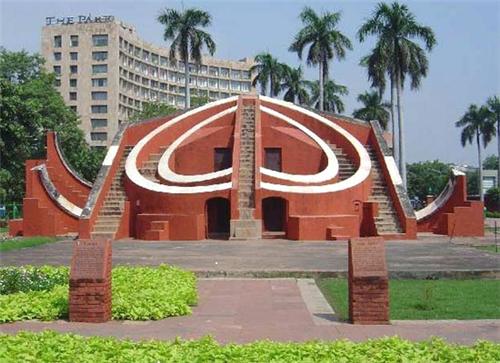 Jantar Mantar was built by Maharaja Jai Singh of Amber. The work started in 1727 and was completed in 1734. It contains five astronomical observatories and fourteen geometric devices that not only provided accurate astronomical measurements, but also helped to measure time, forecast weather changes, predict behavior of planets etc. I sat there for a long time wondering at the scientific acumen of ancient India. Then slowly I walked towards the Rajiv Chowk Metro station to take a ride back to my hotel.